Another week and another Packers victory as they walk away with 7-point win over the Chargers. Ross and Ryan are joined in Green Bay after the game by former show host Jacob Westendorf to break it down.  As usual, they go over the multitude of injuries facing the Packers before diving into the defensive performance in a game where the Packers yielded a huge amount of yardage through the air.  They start with trying to dissect why the Chargers were able to pile up yardage without scoring points.  A little gushing over Datone Jones and Damarious Randall follows before they Release The Janis.  They finish with a discussion of everyone that needs to get healthy while the team is on bye. 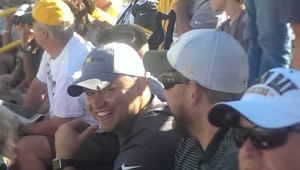