Just because the NFL’s Super Bowl and major events advisory committee doesn’t feel that 44 30’5″N 88 3’44″W is an ideal place to host an event the first part of February shouldn’t mean you shouldn’t consider visiting!

Since the opening of Titletown, where winter-themed activities are featured during this time of year, there’s no better time to visit in the offseason for ice skating, tubing and an ice lounge all with Lambeau in view.

Short notice, I know, but if you’re looking for something to do today, starting at 4 pm it’s ‘Free Tubing Day’ at Ariens Hill.

Below are a couple of February events or other deals to make a note of.

Luge, curling + biathlon are featured events for community members to participate in during the Winter Games presented by U.S Venture, also at Titletown. This event is free to the public and runs February 16 through 17th this year. Bring your helmet and sign up to participate; the curling event is also open to wheelchairs.

On Saturday, February 23, Lambeau Field’s Atrium will be filled with popular inflatables, climbing walls, bungee trampolines, face painting in addition to a ninja obstacle course for ‘Project Play 60′ an event hosted by the Green Bay Packers focused on getting kids out of the house. This event is free with free parking.

For Packer home games, Lambeau Field’s 376,000-square-foot Atrium is only open to game ticketed guests only but plan a trip on a non-game day to have access to The Packers Pro Shop, Packers Hall of Fame, and take a Lambeau Field Stadium Tour. Visit www.packers.com for hours of operations.

Since I last toured the stadium, the Packers have added more options at different price points and have added another Lombardi trophy……….

For stadium tours, a limited number of tickets are offered online 30 days before a given date, groups larger than 15 should contact group sales.

Both military and senior discounts are available.

Seniors 62 and over can also visit the Green Bay Packers Hall of Fame on Wednesdays for admission of just $10.00. While I can’t say that “Senior Wednesday” is offered throughout the season; I do find it’s promoted until the first part of May 2019. The Hall of Fame also offers annual memberships, dual memberships, family membership and accepts group reservations.

A 13x World Champion vibe always, according to Wikipedia, the Green Bay Packers Hall of Fame was the first of its kind built to honor a single American football team. William L. Brault founded the Hall of Fame in 1966 after pitching the concept to then-Packers head coach Vince Lombardi as a way to educate tourists of the team’s storied history. Per Brault, after receiving approval and while leaving, Coach Lombardi called out to him, “Don’t screw it up!”

The Green Bay Packers Hall of Fame is offering buy-one-get- one-free-admission on February 14, 2019. 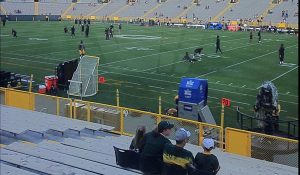 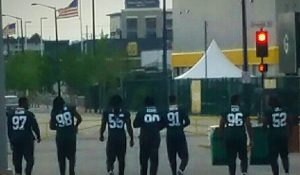