Last week, we discussed the most prominent roster strengths the Packers have going into the 2019 season. There is a lot to be excited about regarding this team. Matt LaFleur brings a fresh approach and can rejuvenate the on-field product as well as the locker room culture. Aaron Rodgers is excited about this offense and fired up after an off year (by his usual, otherworldly standards) and by the character assassination he’s endured this offseason. The front offense stacked the team with mighty free agents and drafted premiere athletes.

That being said, it’s June. On paper, this team can compete for a Lombardi. In practice, there are a lot of unknowns, and the Packers are riding more on potential than proof. LaFleur is a rookie head coach with only one season helming an NFL offense, and despite flashes of glory, the future is unclear for many of these young players.

I’m not willing to call certain position group weaknesses yet, but there are plenty of squads on this team with question marks big enough to make the Riddler blush. What are the biggest areas of concern for this Green Bay Packers team?

Inside Linebacker
Off-ball linebacker isn’t the sexiest position group, but it is still vital for defenses, and the Packers have a dearth of bodies at the position. Blake Martinez is a polarizing figure in the fandom, and while your mileage may vary on him, he’s the only proven player in this group. Beyond him, the team has gifted but untested younglings.

Green Bay clearly believes in Oren Burks, and he has the tools to succeed. His coverage ability especially can complement Martinez well. But the injury he sustained last year robbed him of crucial development. The hope is he can make that year two jump. Reports from OTAs have James Crawford making big splash plays, but until the pads come on, it’s hard to count on. Ty Summers is athletically gifted but likely will only see special teams snaps in year one.

Wide Receiver
The Packers’ receiving corp is one of the most riveting groups, and the training camp battle will be the feel-good summer blockbuster of the year. But perhaps no group on this roster is a bigger poster child for “potential over proof.” Take your favorite synonym for “elite” and apply it to Davante Adams. He’s the star and only sure thing in this group. But if he gets injured or ascends to Mount Olympus where he probably belongs, things get tricky.

Geronimo Allison is a solid player with a good rapport with Rodgers. Coaches and quarterback have raved about MVS’ development. I adamantly believe EQ will be an important part of this offense. But all three players will need to prove this come September. J’Mon Moore needs to recover from a poor rookie season, and Kumerow and Davis have big questions. This group brings a lot to like but just as much to be cautious about.

Special Teams
The Packers were awful on special teams in every regard last year. Will a new coordinator be enough to improve the unit? Gutekunst used 2018 draft picks on two specialists to mixed results. I spent week after week wondering if a Brett Goode resigning was inevitable after Hunter Bradley struggled. JK Scott has a powerful leg but was inconsistent. Crosby struggled last year, but ideally, the new coordinator and another offseason developing chemistry with his new squadmates will help him bounce back.

With Trevor Davis injured, it was clear the Packers had no answer at returner. So much so it showed that keeping a WR on the roster just for return duties was worth it. But if Davis continues to not develop as a receiver is it worth doing again? Aaron Jones and Jaire Alexander have seen some return work in OTAs. Could they (re)turn things around? Special teams can’t be worse than it was 2018, but can it improve enough this season?

Quarterback?
It’s hard to imagine quarterback being an issue with Aaron Rodgers under center. Rodgers is one of the most talented players to ever throw a football. But he’s been injured the last two seasons, and Kizer has a lot of work to do to prove he can step up if needed. If Rodgers can stay healthy and regain his John Wick-like pocket passing assassin ability, the Packers will be fine regardless of any of the above question marks. But if he goes down, the Packers season is over. 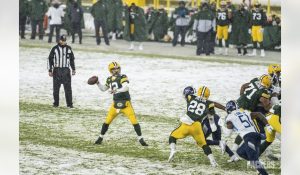 The Green Bay Packers can clinch the #1 seed in the NFC this Sunday with ...read more 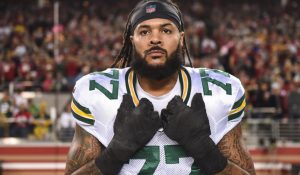 The Green Bay Packers will play a game of professional football against the Minnesota Vikings ...read more