The 2020 NFL Draft has come to an end. The virtual event was a success and provided a meaningful sporting event to distract from the COVID-19 pandemic. 255 young men landed dream opportunities to play for the National Football League and persevered in the most tumultuous drafting process ever, and many more will enter the league as UDFAs.

The Green Bay Packers selected nine players with their original ten picks, staying firm in their spots more often than not. The Packers went a drastically different direction with their picks than mainstream media and fans expected, including not drafting a single wide receiver in an extremely deep class and not acknowledging the offensive line until the sixth-round. The Packers clearly have an idea on the identity they want moving forward and made moves to fulfill that identity.

Without further adieu, your 2020 Green Bay Packers draft class is as follows (click the player name for the official PackersTalk report on each player).

Round 1, pick 26 (via trade up with Miami)
QB Jordan Love, Utah State

The 2020 NFL Draft has come and gone. The Green Bay Packers did not draft ...read more 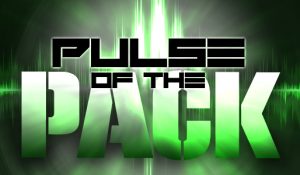 Pulse of the Pack: Packers Fall in Love in Round 1 of the 2020 NFL Draft