Friday was the first day that NFL coaches were cleared to re-enter team facilities. LaFleur is not forcing his coaching staff to return to Lambeau Field, as he is giving each the option to finish the off-season program virtually or come into the office.

During the 30-minute call, LaFleur stated that he felt encouraged by the progress the team has made during their virtual program by both the coaches and the players. That progress definitely made it an easier decision to decide to finish the virtual program away from the office.

LaFleur did point out that the team had 100% participation from all 90 players on the roster. Which is incredible to hear. Considering that it is the off-season and it is being conducted via zoom meetings. He stated that the coaches have done a great job mixing things up and being creative to keep the players engaged. Now, technology isn’t glitch proof, as the videos would freeze and players and coaches would have to restart their ipads, but overall the coaches were happy with how it went.

LaFleur plans to finish up the virtual off-season program by the end of this month. The players will then get some time off before returning to Green Bay for the start of training camp.

As the team prepares to bring players back for training camp, the our doing their diligence on how that will be structured. LaFleur did bring up the fact that a really nasty flu bug went through the team at the end of the season last year, and wants to be prepared from that experience. Whether the team stays at St. Norbert College or not is another question that is being discussed at Lambeau Field.

With the NFL opening facilities and the virtual program coming to an end, the start of the season is getting closer and closer. 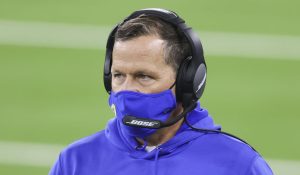 New defensive coordinator for the Packers Joe Barry has been around for a long time ...read more