Here is how they stack up with less than two weeks until the season opener:

To win opener against Minnesota Vikings +150

Aaron Jones to record the most rushing yards +2500

After a miraculous 2019 season, somehow the Packers remain underdogs despite them entering year two under Matt LaFleur. Not only are the Vikings favored in week one, but Green Bay is not outright favored to defend their NFC North crown following a 13-3 season.

“Oddsmakers have rated the NFC North the most competitive division in the whole league, with the Packers and Vikings given identical odds of winning it,” said Oddschecker spokesman Pete Watt.

These odds certainly caught my attention, but nothing compared to their Super Bowl odds of +3500, which placed the Packers at 14th. The Kansas City Chiefs and Baltimore Ravens claim their rightful spots at one and two. However, among the next 11 were some head-scratchers.

The Dallas Cowboys, Tampa Bay Buccaneers, Philadelphia Eagles, Minnesota Vikings, Buffalo Bills, and Indianapolis Colts are some that stood out the most as having better odds than Green Bay to win it all. That’s not to say these teams aren’t talented, but the Packers were one game away from the Super Bowl last season. It was a season under a new head coach, a new offense, and with a young and inexperienced defense.

Green Bay fans and NFL analysts shouldn’t necessarily be thinking Super Bowl shoo-ins in 2020, but they should still feel good about the team’s chances to win games and earn another trip to the playoffs.

Naturally, all of this serves as fuel to the fire for the Packers’ upcoming season. The team has shown time and time again that they prefer the underdog label. Green Bay is set to open up their season Sunday, September 13 at 12:00 PM CDT in Minnesota. 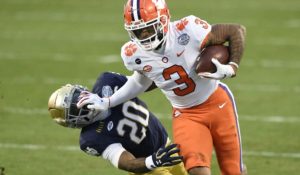 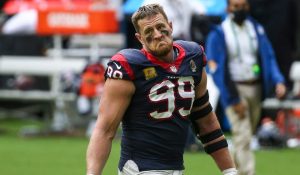 One thought on “Still Underdogs”