Below is a preview of this weekend’s matchup between the Green Bay Packer and Jacksonville Jaguars scheduled for a 1pm ET kickoff in Green Bay, Wisconsin.

The Packers own the largest spread of the NFL slate this weekend as on paper, this is one of the most lopsided matchups you’ll see. The Jacksonville Defense is one of the worst in the league and has been consistently, and the Packers (outside of struggles in Tampa) are always a threat is put up 30 plus. Defensively, if the Jaguars are able to replicate Minnesota’s gameplan of running the ball heavily and limiting the Packer’s offense’s time on the field then this could be a closer match then what the spread suggests.

James Robinson and Co. are certainly talented and capable of taking over a game but they will have a tough time imposing their will on a well-rounded Packers team- I think Green Bay covers.

See above- I doubt this game comes down to the wire and with the odds so clearly set up for Matt Lafleur and company this is a layup. No way this comes back to jinx me…

On a completely neutral field against an average opponent, the Packers would be considerable favorites. You line them up against one of the worst defenses against both the pass and run in the league that has already lost their starting quarterback and is in contention for the top pick in next year’s draft, I think the Packers may be able to cover the over all on their own. Again, there is just no way my certainty will backfire

Lock of the Week will be this over- take it to the bank.

Will GB score on their First Drive- YES 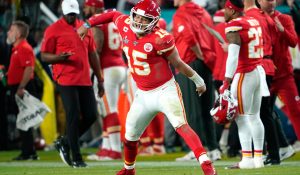