The Green Bay Packers wide receiver room got a lot more crowded with the return of veteran Randall Cobb. Barring any glitches in the future, Cobb, along with Davante Adams, Marquez Valdes-Scantling, Allen Lazard, and rookie Amari Rodgers are locks for the 53-man roster. That leaves one, maybe two at most, spots for the likes of Devin Funchess, EQ St. Brown, Malik Taylor, Reggie Begelton, Juwann Winfree, Chris Blair, and DeAndre Thompkins.

The wide receiver position battle is one of the most enthralling training camp storylines, and right now, few are turning heads as much as Juwann Winfree.

Winfree, a 2019 sixth-round pick for the Denver Broncos, joined the Packers midway through the 2020 season. He joined the practice squad, and despite being active for two games, didn’t see much action.

But Winfree is making the most of his first offseason in Wisconsin. Hailed as one of the standouts of minicamp, Winfree continues his strong summer. Not a day goes by where reports from training camp don’t have a big play or praise about Winfree.

The speedy wideout keeps finding ways to get open, and he keeps making big plays at practice, observations from writers like Tom Silverstein, Ryan Wood, and Aaron Nagler report. While August heroes don’t always translate to September stars, it’s hard not to get excited about a young WR making connections with Aaron Rodgers.

Veteran receiver Devin Funchess and special teams specialist Malik Taylor are the two most likely fighting with Winfree for the last spot(s).

Funchess is the most experienced of the lot, but he hasn’t played an NFL game in about two years. Funchess also isn’t a special teamer, and it’s hard to see the Packers keeping five or six WRs without any being special teamers.

Malik Taylor, on the other hand, has made his bread on special teams. Taylor is one of the best gunners on special teams and played 42% of ST snaps for the Packers in 2020. His name hasn’t been heard much on offense by those of us outside of camp. Could his special teams ability be enough to keep him on the roster?

Winfree seems to offer the ideal balance: someone who can play a big role as a gunner on special teams with enough juice to make plays on offense when called upon. For a team’s WR6, that’s exactly what you’d want.

The former Colorado Buffalo gets a chance to see how his strong camp translates to NFL-level opponents once preseason begins. A strong appearance in exhibition games is his best shot in claiming that final spot.

No matter the final outcome, Winfree is making the most of his shot with the Packers, and few depth players are generating as much hype. 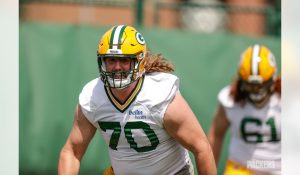 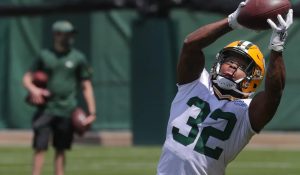 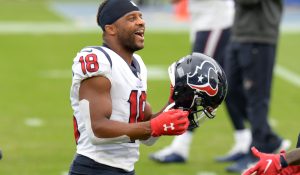