When the face of your franchise is a future first ballot Hall of Fame quarterback, and your head coach is one of the brightest offensive minds in the game – a lot of attention goes to that side of the ball. But the time has come for the Packers defense to get the credit it is due. They are coming off of another admirable performance Sunday in which they held the Chiefs offense to just 13 points, forced five 3-and-outs, and allowed only 2 drives over 40 yards.

Credit has to be given to first year defensive coordinator Joe Barry, who has gotten the most out of his available personnel this season. The Packers are playing disciplined football, and doing so without arguably their two best players.

ILB De’Vondre Campbell has been everything the Packers have lacked in the middle of their defense for the better part of a decade. Then players like Rashan Gary and Darnell Savage have continued their ascension towards stardom. Brian Gutekunst deserves a lot of praise for not only identifying talent through the draft, but finding players like Campbell and Rasul Douglas on the street.

The Packers also seem optimistic that both Jaire Alexander and Za’Darius Smith will be able to return at some point, and they could be a legitimate top-10 unit with them on the field. After 9 games, the Packers defense is ranked in the top 10 in points allowed (6th), takeaways (8th), and yards per play (6th). They have executed Barry’s zone scheme well, allowing completions underneath but have done well limiting yards after the catch. They rank in the bottom 5 in the league for missed tackles – an area the Packers have seemingly struggled for a long time.

Tough tests still remain – including this weekend against the Seahawks. Russell Wilson is set to return from injury, and despite his missing 4 games, Seattle has still remained a top-10 offense by DVOA. Add in games against the Rams and the Ravens, and the Packers will face 3 top 10 offenses over the next 6 weeks. But as the Packers continue to get healthier, they look to be up to the task. 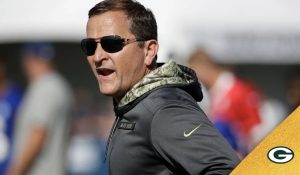 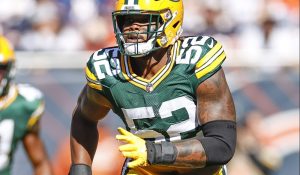