What the Packers Must Get Right This Offseason 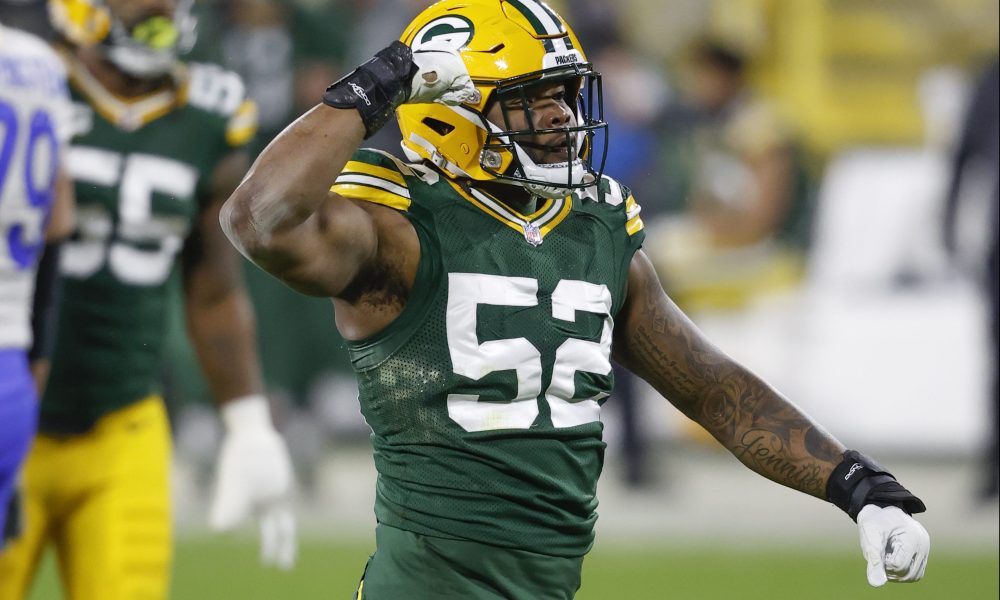 This offseason will be one of the busiest the Packers organization will have had since 2019. A combination of poor drafting and injuries had left the Packers in a talent deficiency. To combat that, Green Bay made huge free agency splashes, bringing in edge rushers Preston Smith, Za’Darius Smith, Safety Adrian Amos, and Guard/Tackle Billy Turner. These moves transformed the Packers team and was a huge part of the immense success the Packers have had over the past three years. In 2022, the Packers will need to find a way to make a similar impact with much less money to work with. This offseason, it’s clear what the Packers must get right this offseason.

The Packers have one major thing going for them in this area: Rashan Gary. The former 12th overall pick is an emerging star on defense and just put together his best season. His technique and development have caught up to his hustle and effort. He will be a cornerstone piece of the defense in 2022. However, he won’t be able to do it himself.

The Smith brothers both have unmanageable contract numbers and it’s very possible that both will be cut in the coming weeks. Both have performed well for their contracts; however, the Packers cap situation will dictate their departure, not performance. In an ideal scenario, one of the two would sign an extension but that’s far from a sure thing.

Another pending free agent is Whitney Merciless, a mid-season pickup after he was cut from Houston. While his time with the Packers was cut short by injury, he performed well when he was available. He represents a much more affordable option to keep a veteran presence in the group.

The rest of the depth chart is full of questions and unproven players. Regardless of what the Packers believe Tipa Galeai or Jonathan Garvin could develop into, they will need to infuse the position with a combination of draft picks and free agents to create a varied and effective edge rush group.

Clearly the Packers must determine what they are going to do regarding All-Pro Davante Adams. As the best receiver in football, he wants to be paid as such. The Packers will need to decide if they are willing to pay an almost 30 (he will turn 30 this season) wide receiver record breaking money. While it’s reasonable to think that Adam’s best skills, route running and hands, will age gracefully it’s simply a fact that in general older players tend to decline. If the Packers decide against a new contract, they would likely franchise tag Adams and either have him play on the tag or trade him.

Beyond Adams, the Packers have numerous decisions to make with their own players. The only two wide receivers under contract are Amari Rodgers and Randall Cobb, who has a massive cap number. Cobb’s contract will need to be renegotiated or he will almost certainly be cut. Additionally, both Marquez Valdes-Scantling and Allen Lazard are not under contract. Both have had their ups and downs over the past two seasons and decisions on who to bring back will be challenging. MVS has a rarer skill set with his size and speed, but you would be hard pressed to find a player who gives more each play than Lazard.

It won’t be surprising to see some significant activity in free agency to bring in a variety of veteran receivers who could contribute immediately. Look for them to target receivers who have experience playing in similar systems or are cap casualties. Beyond that, they will likely round out the receiver room with a draft pick or two. It’s clear that the receiver room could look radically different this season.

The rehab project of the unit has had Green Bay taking the entire unit down to the studs. They have made a great first step, bringing in veteran special teams coach Rich Bisaccia. He is a strong leader of men and has almost always fielded competent, effective units. The next step is to begin investing and rebuilding the entire unit.

At kicker, mainstay Mason Crosby may have played his last game in the green and gold. His leg doesn’t have the power that it used to, and he is also coming off one of his worst seasons, making only 73.5% of his field goals. Couple that with the 6th highest contract amongst kickers and it seems possible that the Packers will look to get younger and cheaper at the position. More evidence to this effect came yesterday in the signing of kicker Dominik Eberle, bringing the number of kickers on the roster to three.

Punter is another area where Bisaccia may choose to start fresh. Corey Bojorquez started off his first season with a bang, smashing massive kicks with huge hang time. However, as the weather turned, his punting became more erratic. Additionally, he never looked comfortable with holding on field goals and likely contributed to Crosby’s struggles. He is also a free agent this offseason, so the Packers will need to decide whether he is the right fit or if it’s back to the drawing board.

Beyond kicker and punter, the front office is going to have to put at least a little emphasis on special teams play in their player acquisition. It’s been almost ten years since an effective returner has been on the roster and it’s clear that special teams haven’t been a priority. While better coaching and teaching will undoubtedly assist, it would be wise to bring in a core special teams player or two to help change the culture in the locker room that special teams matters.