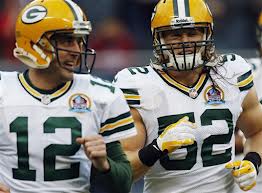 Adam Schefter is reporting that the Packers and Aaron Rodgers are getting closer to a new contract that would make Rodgers the highest paid player in NFL history.

Reports that Rodgers and the Packers have been talking about an extension have been out for some time now. And deservedly so. His base salary of $9.75 million for 2013 pales in comparison to the mega contract signed by Joe Flacco earlier this month.

News that Clay Matthews is close to having his expected extension done soon is also reported today, this time by Tom Silverstein. His report states the following:

As early as the combine, there was some buzz that both deals would be done by the end of March. The structure for the Matthews deal might have been in place by the end of the combine. Both sides have kept things close to the vest and so the progress of negotiations has been fairly secretive

The sooner these two deals get done for two cornerstones of the Packers’ future, the better it will be, as it will remove this possible distraction from the minds of both the players, and the fans.

What is interesting is if Rodgers and Matthews are extended, where does this leave BJ Raji, the third of the “big three” who were expected to have contract extensions sooner than later? Does he have to wait until later in the season to receive his extension? Could the Franchise Tag be in his future?

previous post What Do Packers Fans Do? We Fight For the Cheese
next post ALL Packers Talk: Tight Ends Group and NFL Draft Needs
Back to top
mobile desktop