Jason, Marques and Kris discuss a plethora of topics such as the departure of future Hall of Famer Charles Woodson and the retirement of Chicago Bears linebacker Brian Urlacher.  This week’s OTA’s brought a glimpse of what the Packers have in store and also what they likely will not have for this 2013 season.

The guys also answer some of the burning questions from Lombardi Ave such as:  What’s the skinny with Desmond Bishop?  Can Casey Hayward equal his stellar rookie season and might we see a completely new defensive backfield?  Who will be returning kicks this year?  Who is the second-longest tenured player on the team and what will his biggest role be this season? Who nabs the few open roster spots at wide receiver and who is primed to have a breakout season and why?  The trio break it all down here!

Join the writers at AllGreenBayPackers.com for a fast hitting discussion of all things Packers. Be sure to check out ALLGREENBAYPACKERS.COM, where we are “All Packers All the Time. Browse Packers Talk Radio Network for more Packers podcasts from the best Packers bloggers on the internet. 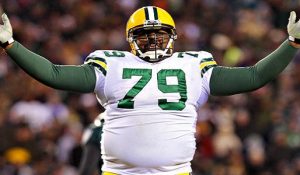 It's the interview you've been waiting for! The Cheesehead Radio gang sit down for a ...read more

Pulse of the Pack: NFL Draft Preview with Charlie Campbell of WalterFootball.com

Marques and Jacob preview the NFL Draft in a 90-minute special. The guys preview the ...read more

Marques and Jacob take an early look at the Packers' 2013 opponents before the schedule ...read more