Former Packers Linebacker Desmond Bishop signed a one year contract with the Minnesota Vikings, becoming the latest in a long line of significant contributors to Green Bay Packer excellence to jump ship.  Certain numbers of fans are pissed, and hey I get it.  Super Bowl XLV is still fresh in everyone’s mind and when one thinks of that game there’s no way to unsee the images of Desmond Bishop recovering Rashard Mendenhall’s fumble or Greg Jennings getting smoked by Polamalu on his first TD catch, only to get up and size his finger for the ring he would get just hours later.

Those two are going to wear purple this upcoming season.  It is going to happen. Not only does no full grown man look right in a purple football uniform but these are our guys, man!  Also, doesn’t it feel like this just happened?  I feel like either it was a long snapper or a quarterback that went over to the Vikes in the last 5 years or so and won a playoff game.  That really is neither here or there.

Here’s my biggest point, well really two points.  Actually two sub-points within the first point and then a second, individual point related but not the same as the first point and/or sub-points.  First is that guess what people, the Vikings sign free agents, your favorite team doesn’t.  Deal with it.  The second is that after a player is no longer wanted by our boy Ted, that player is going to want to prove that he can still play.  It’s human nature.  Whether that animosity is directed at the franchise, at the GM, or at the coaches there is going to be animosity.

When players like Bishop say things like “eternally grateful” or “would happily come back if the money isn’t right elsewhere” what they’re really saying is “I would like to continue to get paid to play football, and if that means coming back to a winner at a reduced salary if no one else opens the checkbook I’m OK with that.”

Sometimes Minnesota gives a big contract to Antoine Winfield or Pat Williams.  Sometimes Minnesota gives a big contract to Madieu Williams or Bernard Berrian, or John Carlson, or Mike Doss, or Fred Smoot.  Signing unrestricted FA is an inexact science, and it is an expensive one at that.  The last three major defections from Green Bay, Darren Sharper, Brett Favre, and Greg Jennings were all or will all be replaced by cheaper options who are or will be equally efficient or more efficient contributors.

Your favorite team watched the Vikings pay Darren Sharper $6 Million a year while they paid Nick Collins less than a million to be just as effective.   The Packers then paid Aaron Rodgers to be the most efficient QB ever around 10 million while the Vikings gave an aging Favre 13. Greg Jennings will now get paid 9 million to play 10 games a year for 5 years while the Packers pay Randall Cobb $875,000 to be awesome.  It’s the dichotomy of how the two franchises do business.  One team wins championships, one doesn’t.

The second point is that the Vikings are now and will always be the Packers little brother.  The Vikings didn’t exist until 1961.  Before that, everyone in Minnesota was a Packers fan.  So that friend of yours who bought a purple Favre jersey the second it was available, or that buddy who antagonized you when Jennings signed with Minnesota (which was a flat money grab by the way, both GB and NE offered less $ to play for better QBs/team), his dad was/is a Packers fan, or if you’re my age his dad’s dad was/is a Packers fan.  It’s in the DNA of every Vikings fan to be a pain in the ass.  The Vikings fan’s #1 goal is to beat the Packers and then bother the shit out of every Packer fan he knows, the Packers fan’s #1 goal is to see a Super Bowl win.

My final and most essential piece of advice would be this: keep your chin up.  Remember everything you had with Brett, Darren, Desmond and Greg.  Remember all the special Sundays and Monday nights you shared with these heroes but remember all good things must come to an end.  So when Greg Jennings has groindomen problems that keep him out of parts of two seasons and Desmond Bishop accidentally leaves his hamstring in San Diego during a preseason game, let them go.  Let them be purple.  But most of all, Keep Calm and Trust Ted. 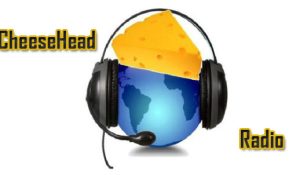