This past week at Packers Talk Radio Network:

Ian starts us off with a power ranking of the Packers cornerbacks.

He also did a power ranking for the Packers’ wide receivers.

From the Benches was back with their latest podcast, talking about Johnathan Franklin, the Packers Big Three, and favorite games.

And Out of the Pocket returned with their latest podcast discussing sense of urgency, road trips, the training camp schedule and Johnathan Franklin among other topics.

Be sure to head over to AllGBP.com and check out this week’s edition of Surviving Sunday: Packers News, Notes and Links for the Football Deprived. It is a must read every Sunday during the far too long NFL offseason. 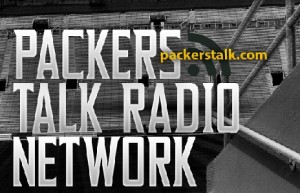