As I’ve mentioned before, more than anything I blame the 2011 and 2012 drafts for the shortcomings of what truly looked like a budding Packers dynasty after the 2011 NFL regular season (the team had just gone 15-1 while defending the 2010 Super Bowl title).  Why did these drafts fall short of the standard of excellence that Ted Thompson true believers have become accustomed to? It comes down to two things, really.  One is obvious, and carries less weight, but the more troubling factor is what I want to explore here.

The first problem, of course, is bad luck.  Luck will always be a part of the draft process.  Not only the obvious difficulty of projecting which college athletes will succeed in professional football, but the unfortunate rash of career ending and career altering injuries that Green Bay draft picks have endured since Thompson took over.

Early on Ted lost Terrence Murphy and Nick Collins.  Two second round picks that he obviously projected as cornerstones of the franchise.  Collins was on a Hall of Fame path before his neck injury and Thompson thought so much of Murphy’s future that he roomed him with QB of the future Aaron Rodgers.  Before there was going to be Rodgers to Jennings or Rodgers to Nelson there was supposed to be Rodgers to Terrence Murphy.

The Packers have also lost pass rusher Jeremy Thompson and exciting running back Jonathan Franklin to career ending injuries.  Thompson was a mid round pick that I wasn’t 100% sure was going to pan out, but few things in this business of professional football make me more sad than what happened to Jonathan Franklin.  The pass catching, change of pace back that people are hoping gets selected in the 2015 draft was already a Packer.  He was selected in 2012.  He had an infectious personality and played extremely well in his only NFL action.

It’s not just the guys that couldn’t play anymore.  Guys like Jerel Worthy and Alex Green were top picks that never materialized.  It’s possible they were both mistakes.  It’s also possible that reconstructive knee surgeries impacted the arcs of their careers.  The most curious case of them all might be Derek Sherrod.  Sherrod was the second consecutive tackle that Ted Thompson selected with his first round pick and appeared to check all the boxes for an NFL left tackle.  He shattered his leg against the Chiefs in his rookie season and never made it in the NFL.  Maybe he was never going to, maybe he was.

Every team has bad luck, though.  It’s not just the Packers.  What really bothered me about those two drafts was an escape from the norm.  Thompson addressed one side of the ball in each draft.  While that might not seem that odd, especially in 2012 when the team was coming off of a historically bad defensive season, it’s never been the Ted Thompson way.  Marrying “best player available” to need, yes that’s always been a staple of Thompson’s tenure.  Failing to select a defensive player until pick 131 in 2011 and failing to select an offensive guy until pick 241 in 2012 was not normal Ted Thompson behavior.

Both classes have struggled mightily.  Only Randall Cobb (FA), Davon House (FA), Nick Perry, Casey Hayward and Mike Daniels remain on the Packers.  Only Ryan Taylor, Jerel Worthy, Derek Sherrod, and Terrell Manning are still on a roster, (or in Manning’s case continuously being brought on and dropped off of rosters).  It was certainly an alarming trend.

In 2014 the Packers were back in the NFC Championship.  They were 5 minutes away from going back to the Super Bowl to face a team that they’d already beaten during the season.  How’d they get back there?  Simple.  Mr. April went back to his old tricks.  Drafting the highest player on his board, using need as a guide/tiebreaker and not as the driving force in his selections.

Putting together the 2013 and 2014 draft classes, the Packers have one superstar (Eddie Lacy, PFF’s #3 RB in ’14), 2 more potential stars (HaHa Clinton-Dix, Davante Adams), 6 starters (D. Jones, Bakhtiari, Hyde, Barrington, R. Rodgers, Linsley) 2 more rotation players (Tretter, Boyd), and the best receiver on the Vikings (Charles Johnson).  That is fantastic work! Not only is it fantastic work, but it came from drafting in the 26 and 21 spots, respectively.

Due to this elevated level of success, I bring a warning: do not get mad at Ted Thompson if you feel needs aren’t getting addressed.  He knows that the team has bad inside linebackers.  So does Coach McCarthy.  That’s all fine, but I think there has been a lesson learned at 1265 Lombardi.  After the Packers won the Super Bowl in 2010 Ted Thompson altered his draft strategy to fill needs and get another bite at the apple.  The funny thing is, once he stopped doing that he got as close to the apple as he’s been since February 6, 2011. 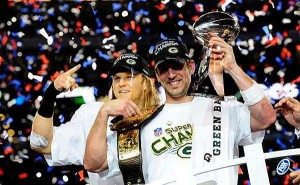