Aaron Rodgers:  I said last week that I might just start exempting Rodgers from this list.  He actually played so well that I’m unexempting him.  I don’t care what Pro Football Focus says, Rodgers played lights out.  His command of the football field is simply unprecedented.  I’m still trying to figure out how in a matter of just a second or two Rodgers has a better count of how many defenders are on the field than the opposing team’s coaching staff.

Defensive Line:  I simply cannot remember the last time that the Packers fielded a defensive line that is this disruptive.  BJ Raji and Mike Daniels are playing the best football of their careers.  It felt like the Packers won nearly every play in the trenches.  For the past two weeks, the Packers’ D-Line has just looked bigger, stronger, and more athletic than their counterparts.

Nate Palmer:  I thought that Nate Palmer put his best game together on Monday.  He stepped up and made several nice tackles, taking good angles to the ball.  Combine that with his strength in pass coverage, and I’m feeling more and more comfortable with him as a serviceable ILB.  I just wish that Capers would stop trying to blitz him.

Nate Palmer actually does a pretty damn good job here. This should have been a big gain. https://t.co/GdJJEIaQC5

Jayrone Elliott: While I agree that outside linebackers Mike Neal and Nick Perry have been playing better as of late, I still think that Elliott has merited an equal share with them opposite of Julius Peppers (or better yet, sparing Peppers a bit more, keeping him fresh).  He just makes plays whenever he’s on the field, and looks to only be getting better in his limited snaps.  I’m not sure that he’s an every down player rather than just a pass-rush specialist, but this defense is going to be facing a lot of teams playing from behind, so he should see a lot of work. 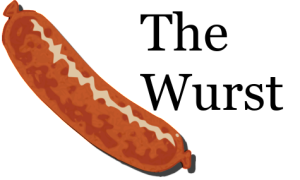 Jamaal Charles and Travis Kelce:  Both actually played fairly well for the Chiefs, but spent a better part of the night acting as if the Packers had left a stink bomb in their locker room.  Why Charles saw fit to mock the Packers after each of his touchdowns, I do not know.  Kelce was jawing on the field since nearly the beginning of the game.  Whatever the case may be, Lambeau is becoming an increasingly difficult place to play in, and opposing teams are definitely getting frustrated there.

4th quarter slow down:  Both the offense and the defense turned to overly-conservative schemes in the final quarter of the game.  Defensive Coordinator Dom Capers seems to go into soft-coverage looks as soon as the Packers gain a comfortable lead.  To probably oversimplify things to an absurd extent, it seems that Capers is attempting to refrain from giving up the big play.  He wants to keep the ball inbounds and keep the clock running.  The problem is that, going to this look too early ends up giving up points all the same.  Sure, the Chiefs took 18 plays to score on an important drive in the 4th quarter, but they also marched down the field with relative ease and found a tired defense waiting for them in the redzone.

On offense, while Clements is now calling plays, it’s the same old outside tackle runs straight into a wall leading to 3rd and long pass plays.  We have the best QB in the league, let’s use him, especially when we’re trying to keep the ball.  I know that running keeps the clock moving, but getting first downs keeps it moving longer.  I’m not saying that we have to gun it down the field, but let’s work with our strengths and not collapse into a one-dimensional, 3 and out mess as soon as we’re up 14 in the second half.

I’m not saying that we should be heaving balls into the endzone when we have a comfortable lead, but let’s not be so quick to shift away from what has worked really well for 3 quarters.  McCarthy doesn’t need to go full Belichick, but a little Belichick might help close some of these games out strong.

No matter how many times he is proven wrong, Dom Capers will always believe you can play for time. Always.