The Green Bay Packers put forth a fantastic effort on Sunday night and came up just short. It’s easy to forget how one play can have such a massive impact on the outcome of a game, but there were several big plays that will stick out to most fans.

However, I’ve identified one play that dramatically shifted the game in the Steelers favor that few are talking about.

With 12:56 to go in the 4th quarter Mike Daniels made a key sack of Ben Roethlisberger. The score was 21-21, and that play brought up 2nd and 20. Dom Capers called an exceptionally conservative defense which had all his players in coverage giving up huge cushions. Kyler Fackrell got an immediate push up the middle (I think the blocker let him through on a screen pass like bluff-block). The Steelers’ Guard did appear to hold Fackrell, but no flag was thrown. Roethlisberger used his eyes to continue to move the Safeties and Linebackers down the field with the WRs. Then he dumped it off to Le’veon Bell who took the ball 14 yards.

A 2nd and 20 suddenly turned into a 3rd and 6. The Steelers were able to convert the 3rd down on a pass to Eli Rogers. This lead to the go ahead score and the Packers were playing catch up for the rest of the 4th Quarter.

There certainly is no guarantee the Packers could have stopped the Steelers on 3rd and long, but there was a pretty good shot of getting the ball back with a tie score if Capers would have played it a little more aggressively. A constant problem during Dom’s tenure as the Defensive Coordinator has been his passivity on long yardage situations.

While Brett Hundley put together a really nice performance, he certainly would have benefitted from playing in a tie game or with a lead and Green Bay may still be in the playoff hunt. 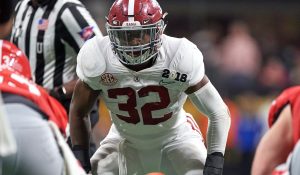 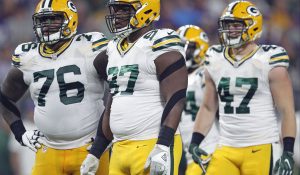 7 thoughts on “Packers versus Steelers: The Most Important Play”