With the 14th pick of the NFL Draft the Packers Select… 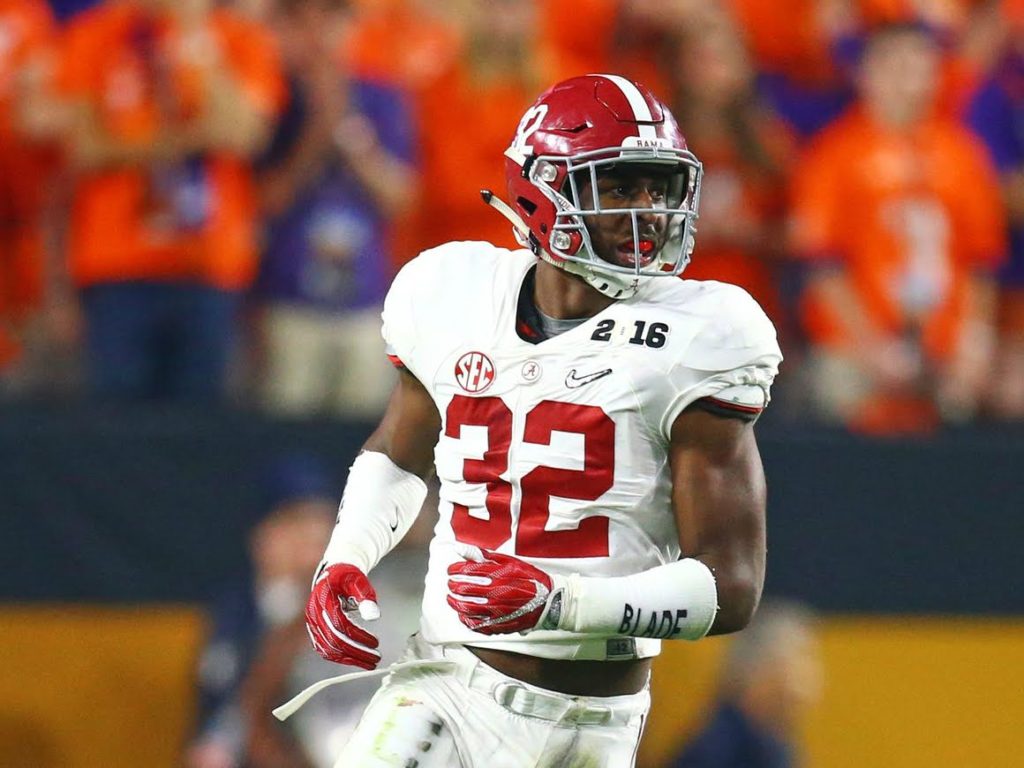 Edited to add: I didn’t realize my colleague Anthony Haag had also selected Rashaad Evans and wrote about him earlier this week until after I submitted this article. Apologies to Anthony for duplicating his thoughts, but great minds think alike apparently!

I might as well get it out there for total transparency. If you didn’t know before, I am a huge fan of Alabama Football. Nick Saban notwithstanding, it is a perennial football machine that produces starter-ready players year after year. Their pro-style defense could go head-to-head with many NFL teams. So with that in mind, let me put forth my choice for a first-round draft pick that would definitely meet the Packers needs.

I present to you Linebacker Rashaan Evans.

He has what it takes to play in the pros and has starter potential as early as this season. As a member of the 2018 NCAA championship team, he is a hard hitter that would be an asset to the Packers linebacker corps and bring a ferocity to that position.

While other mocks have the Packers taking Georgia’s Roquan Smith, I prefer Evans over him. Yes, Smith scores out a tad bit higher on the NFL.com grading at a 6.56 (Evans is a 6.2), the size differential is in Evan’s favor, especially if the Packers want to keep a 4-3 scheme an option in their pocket. At 6’3″, 234 pounds, Evans brings a little more to the table in pound per pound (and height) difference. When stacking up their strengths and weakness, they are pretty evenly matched. But Smith is universally described as “undersized.”

As for Evans, scouts like this player for his hard-hitting, high football IQ. He is well equipped to diagnose a play and has the knack to shed blocks. He has a fluidity to his movement and can sidestep those trying to block him. So he’s not a still player by any stretch of the imagination.

His stats are solid and prove he is an effective defender. This past season he amassed 66 total tackles with 11.5 for a loss of yards, 6 sacks, 1 forced fumble and 3 deflected passes.

He will definitely fit into a 3-4 that wants to blitz early and often. That is something the Packers distinctly lacked this past season. He’s been described as “running downhill.” So picture if you will, that giant ball running down Indiana Jones in Raiders of the Lost Ark and Indy is the QB.

Now if the Packers truly want to run a 4-3, he’s still well-suited for that scheme, but he needs to bulk up a bit. I wouldn’t see this as a detractor as most college defenders need to beef up as they make the transition from college to the pros. But if the Packers continue to run the 3-4, he is definitely cut from the right cloth.

Unlike Clay Matthews, he is a true ILB. The Packers under Dom Capers were notorious for trying to cram a square peg into a round hole: Trying to pretend Morgan Burnett was, at times, a linebacker, trying to make Datone Jones a tweener, playing Matthews as a reasonable facsimile of an ILB and thinking a power forward would make a good corner. Enough trying to play musical defender. Evans is an inside linebacker that would be a powerful pass rusher. Moreover, he would free up Matthews to actually thrive in the OLB position where he is best suited to play.

Scouts like how he is a wrap-up tackler. Let me say that again Wrap-Up Tackler. How many times did you pull your hair out last year when Packers defenders thought they could get by with a fingertip grab or a swipe at a jersey? How many times did they get gashed for poor technique? This was definitely one description I appreciated hearing about.

As far as the detractors, while is noted to have a high football IQ and a very keen ability to diagnose a play, sometimes it takes a beat or two for him to fully dissect the play unfolding. That means he can be beaten, but this isn’t anything insurmountable. This will improve with time and experience as well as a heaping dose of mentoring. This is not a huge hit against him, and it doesn’t detract from his blue-chip status.

Then there’s the fact that he was nursing a groin injury last year. He missed two games all season and managed to play through it as well. The last thing the Packers need is another walking wounded ILB, but he has had ample time to heal and hopefully this won’t be a factor heading into the 2018 season.

Don’t get me wrong, I like Jake Ryan and Blake Martinez a lot. Both bring a sense of maturity and leadership to the defense in their own ways. But I really like the burst and speed from this young ILB. He would compliment Martinez well and add an aggressiveness to the play that Ryan lacks at times.

Regardless of my love for Alabama Football, I think that Rashaad Evans could make an invaluable impact on the Packers’ defensive squad. He is a hard-working heavy hitter. He has the potential to be a starter in September and would be that upgrade in talent that the Packers need as they reassess the defense and try to piece together a squad that could once again make them not only playoff contenders but also a deep threat that could extend their season toward a fifth Lombardi Trophy.