In the fourth and final installment of this ongoing series, I will release the four best unsung heroes drafted in rounds five or later in Green Bay history.

This was one of my favorite series so far, and with its conclusion, I am looking for new ideas for areas to cover! Please let me know if you have any ideas for what I should write next!

Let’s get into it!

Selected in the sixth round of the 1989 draft out of the University of Texas-El Paso, Jacke became a household name in his eight seasons with the Pack.

He appeared in all sixteen games every season but once for Green Bay, and his season accuracy marks were never lower than 74 percent as a Packer.

While Jacke may not be high on fans’ minds when they recall GB kickers, Jacke flew under his radar his entire career and made a huge impact for the team. He checks in at number four.

While most fans known McCarren for his broadcasting talents in the booth, his time with Green Bay was more impressive. Even though his stats don’t show up in the game reports, ‘The Rock’ added toughness and a mean streak to the Packers when they needed it the most.

In McCarren’s 12 year career, all spent with GB, his toughness and quick turnaround from injury were most noticed by his highest peer, coach Bart Starr, who dubbed McCarren a “player’s player and a leader.”

While 162 consecutive games played is a record that McCarren can put on his mantle, his 1980 season is more of a testament to the type of player he was. Playing the season with a broken hand is one thing Rock dealt with, but he also played 24 days (not a typo) after undergoing hernia surgery.

Drafted all the way in the 12th round out of Illinois, McCarren bid his time on the team’s practice squad for his first season (which was known as the Taxi Squad then) before being placed in the starting lineup in 1974.

Coming in at third on this list, former player and current broadcaster for GB, Larry McCarren.

One of the most polarizing players that I first latched on to growing up, Driver became a staple for this time after being drafted in 1999 out of Alcorn State in the seventh round (213th overall).

With James Lofton having worn no. 80 before Driver, and the likes of Justin Perillo (just filling space) and Jimmy Graham having worn in after, Driver carved out a part of Packers history just for his career.

Three Pro Bowl selections, over 10,000 yards and 61 touchdowns, as well as 155 starts for a seventh-rounder, makes for a good return on a late-round pick.

The moments that Driver created while in green and gold will forever be remembered, but the one that stands out the most to me is this play against the 49ers in our horrid throwback uniforms.

Whatever memory jumps out the most to you, Driver made it into our hearts and minds while barely given a chance to make the roster. He is the epitome of a Packer, and his number should be retired in the Packers Hall of Fame.

He checks in at number two.

Not many players in their entire careers could pass what Driver has meant to the franchise, but it is easy to say that McGee is one of them.

Taken in the fifth round of the 1954 draft out of Tulane, McGee’s positional layout consisted of wide receiver, quarterback, kick returner and punter, a Swiss Army knife if you will.

All McGee proceeded to do in his 12-year career was rack up 6,579 all-purpose yards, 50 touchdowns and 345 receptions. A real shame in his career was that he only earned one Pro Bowl nod, in his 1961 campaign.

Averaging 18.4 yards per catch is astronomical in itself, especially for the period of time in which he played. As a punter, McGee had a career average of 41.6 yards per punt, coupled with a long of 63 yards and almost 11,000 yards.

McGee’s status as a do-it-all fit into the current status of the team at the time he played, and playing from age 22 to 35 displayed his importance and longevity to the team in many ways.

His seven catches for 138 and two touchdowns in the first-ever Super Bowl put his stamp in the NFL record books, as he scored the first-ever touchdown in the Super Bowl as well. The most surprising aspect of this was that he came into the game hungover and short on sleep, having avoided bed check and gone out the night before the big game. Like they say, the rest is history.

Having passed away unexpectedly in 2007, McGee left us too soon. Thankfully, the franchise, the league and the fans all understood his importance to the game, and his impact on it will never be forgotten.

McGee rounds out this list as the best late-round unsung selection in Green Bay history.

I hope you enjoyed this series! If you have any feedback on it or have ideas for what I should write about next, please let me know! 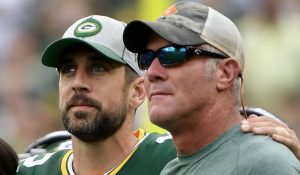 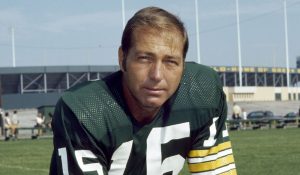 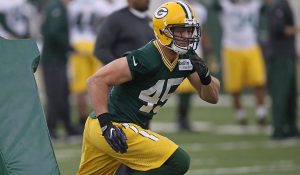