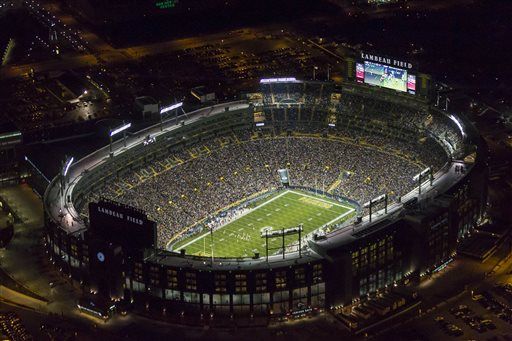 A plea to all Green Bay Packers fans that go to Lambeau field for a Packers home game.

I‘ve never been to Lambeau Field for a Packers game. I’ve never even been to an American football game live in the stadium. You know what my dream is? My dream is to watch a football game in Lambeau Field, in my opinion the most iconic stadium in America (by far).

When I watched a game of my favourite football (soccer) team lately, I had seating tickets near midfield. Three minutes into the game, I stood up, because my team got a free kick in good position, when an elderly person shouted at me to sit down and others around me also started weighing in – which is something that many fans also experience in Lambeau Field.

Not a bad seat in the house. These seats were nice because the exit and restrooms were close by.

an actual seat review for section 103 (on aviewfrommyseat.com)

My team lost the game 3-0, but I was more frustrated about the people in my section than I was with my team. Three weeks later, I was in the stadium again – this time in the standing section (something that also exists in Lambeau Field) and it was an experience I’ll never forget. We were singing for 90 minutes and when my team turned around the game to win it, the section exploded, we were all jumping and screaming and singing and I didn’t have a voice afterwards for three days.

What I took away from these two experiences is the different feeling. If the results would have been the other way round, I still would have enjoyed the second experience more.

When you only go to a game of your team to watch it, you could also just sit in your warm living room and watch it on TV – I really don’t care. But if you go to the stadium, I expect you to cheer for your team. Don’t go if you are not ready for that. Other than with my favorite team, Lambeau Field would still be sold out. It’s not that no one would be there if the “game watchers” wouldn’t go there. Lambeau Field is always sold out (at least by tickets) and has a waiting list for season tickets that, if you’d print it out, would probably reach the moon. When you go to a sports game, be active. Scream, cheer and jump, do whatever you want. You can drink beer and have fun. There should be more differences than the temperature between the stadium and your living room.

There are soo many tweets after every game that complain about others telling them to sit down. It’s just ridiculous. How could you go to a Packers game and not support your Green Bay Packers? When I’m in the stadium, I just cheer for the team. In America, you have the great tradition of tailgating. Come on, you meet many hours before the game to eat, drink and GET READY FOR THE GAME! How can you do that, how can you build up all the excitement only for the game and then not be ready to lose your voice over it? If you’re healthy and willing enough to go to a game in Lambeau Field in December, you can also keep yourself warm by cheering for your Packers!

When I’m able to fulfill my dream and visit a Packers game, I will be supporting the Packers no matter what. I won’t leave, even if we trailed by 6 touchdowns and haven’t scored a point until the two-minute warning. Let me tell you from the outside, from far away (4255 miles, to be exact): You should recognize what iconic and beautiful stadium you have in Green Bay and you should fill it with life, with passion, with sound, with your cheers when the defense is on the field and as Aaron tells you sometimes, be quiet when the offense is on the field. And please, don’t do the wave when the offense is on the field, ok? Thank you! 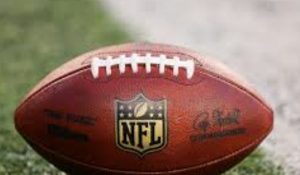 The Crystal Ball: What to Expect as the Packers Face Washington

Starting each Friday for the rest of the season, we will take a look at ...read more 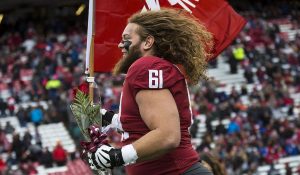 previous post Being a "Dark Horse" in Green Bay is Nothing New
next post Green Bay Packers: 7-Round Mock Draft
Back to top
mobile desktop