New head coach Matt LaFleur’s offseason program began last week, bringing us closer to the start of Packer football. The team is back in Green Bay and eager to move past the offseason drama and back into the postseason. The scouting staff is busy as well, using official player visits and local prospect visits to help determine who the next Green Bay Packers will be.

While Ted Thompson famously used the majority of his 30 available visits on late-round propsects and priority UDFAs, his successor is bucking trends. Gutekunst is mixing late and early round prospect visits and providing a bigger picture for the staff. These visits aren’t always a sign of who the Packers might draft; Green Bay did not host 2018 first-round pick Jaire Alexander, for example. But, taken as a bigger picture, there are trends to be found in how the Packers are using their 2019 prospect visits.

With this in mind, what can we expect from the Green Bay Packers in the draft based on their prospect visits?

Right guard was a liability last year. Depth at the tackle position isn’t any better, and Bryan Bulaga is on the last year of his deal. Matt LaFleur wants to both run the ball more and protect his Hall of Fame quarterback. Despite signing Billy Turner in free agency, it makes sense that Green Bay wants homegrown, long-term answers on the line. Expect the Packers to use one of their first three picks on a guard or tackle prospect.

The Packers are likely doubling up on edge.
Gutekunst made waves in free agency by signing not one, but two edge rushers in free agency. The Smiths give Mike Pettine power and talent that the position was severely lacking. It doesn’t seem like they’re done adding at the position, though.

At the combine, the Packers met with top edge prospects Clelin Ferrell (Clemson), Brian Burns (Florida State), and Jachai Polite (Florida), and later hosted Montez Sweat (Mississippi State) on an official visit. Drafting an early edge will let Pettine keep his rushers fresh, play each to their strengths, and let him get creative.

Green Bay is also likely looking to add even more depth to the position, hosting Day 3 and UDFA prospects Jesse Aniebonam (Maryland), Randy Ramsey (Arkansas), and Andrew Van Ginkel (Wisconsin). In the words of Attila the Hun, “you can never have too many pass rushers,” and Green Bay is looking for talent there at all levels.

The Packers are going to draft a tight end. At some point.
Despite keeping most of last year’s tight end group, the Packers need a long-term solution at the position. The Packers had official visits with Noah Fant (Iowa), Jace Sternberger (Texas A&M), and Irv Smith Jr. (Alabama) at the combine, and may have met with T.J. Hockenson (Iowa) as well. Sternberger came back for an official visit, along with Andrew Beck (Texas).

This is an interesting mix of tight ends from Day 1 talents through UDFAs. I will howl like a rabid dog for Hockenson on Day 1 until the end of April, but the Packers could add a tight end at any point throughout this process.

The Packers are interested in quarterbacks?
Green Bay shouldn’t take a quarterback early in this draft. The team has other needs and the timeline doesn’t make sense. But Green Bay is choosing to use an official visit on Missouri quarterback Drew Lock. Most of the quarterback needy teams already pick before the Packers (Denver and Cincinnati are particularly likely spots for the lad). If Green Bay is trying to bait a team to trade up for the passer, only Miami and Washington are obvious targets. Its hard to say whether this visit is due diligence or if there is an actual chance Green Bay might look to target a passer.

You can find a full list of prospect visits here. 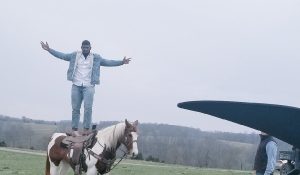 While much of the past week's news cycle has been focused on the Packers' past, it's ...read more