The third-year safety out of NC State is a no-show thus far at OTAs. The report this week is his intention to be traded for a “fresh start”. With his departure seeming to be imminent, who could replace Jones in the Packers lineup, and why would he want to leave in the first place?

Jones backed up both the safety and linebacker positions, so who could Green Bay bring in to provide depth? Ibraheim Campbell spent the latter stages of last season as the veteran pickup-who-came-late-and-knows-the system-guy. Familiar with Mike Pettines’ scheme from their days together in Cleveland, Campbell played his role last year as a solid depth option. He had flashes of production in a Green Bay uniform last season, logging 18 tackles, and showed the ability to fill the role of in-box safety. Campbell is recovering from a torn ACL suffered late last year, but could be an intriguing bargain bin pickup should Jones be shown the door. Role players with the experience to step in and play a specified role on defense on any given Sunday are invaluable in today’s NFL.

Jones looked promising as a “money”-backer hybrid, and was set to establish himself on defense following his rookie year. Theoretically, Jones was drafted to replace Morgan Burnett, and with the veteran’s departure was in a prime position to start in 2018. Instead, Jones lost the trust of defensive co-ordinator Mike Pettine, allowing even the aging Tramon Williams to overtake him in the starting lineup once HaHa Clinton-Dix was traded. While Jones did play 501 total defensive snaps; or about half of the total defensive snaps, seemingly his failures in practice, and lack of a significant football IQ have harmed his on-field product.

The pace of the pro game is often a hindrance to young players, and now it looks as though defensive co-ordinator Mike Pettine is under the impression Jones will be unable to overcome these challenges. Jones himself has seemingly admitted his inability or unwillingness to do so in Packers colours. A trade demand from such a young player was once thought of as unthinkable in Wisconsin. The Green & Gold put more emphasis on developing and retaining their young players than any team in the league. That culture has led to Green Bay having the most snaps played and on-field difference by home grown draft picks over the past fifteen years. Players aren’t drafted only to be cut before training camp in Green Bay, but in order to be groomed to eventually take over in the lineup. A trade demand from any draft pick, especially a high one, is extremely out of character.

One injury at the safety, or worse, the linebacker position leaves the Packers perilously thin. Blake Martinez returns as a stalwart in the middle of the defense, yet the spot next to him is up in the air. The team is hoping second year prospect Oren Burks can take the next step in his development this off-season and become a true contributor. Burks was on the field for only 122 defensive snaps in 2018, and failed to impress. Number 42 seemed hesitant while sifting through traffic, allowing offensive lineman to easily handle him at the point of attack. He will need to improve his ability to diagnose what takes place in front of him, while showing the strength needed to stack and shed blocks in the run game. A more refined Burks could provide a huge boost to the middle of the Packers defense in 2019.

In the Ted Thompson years, many a time the Packers would be left thin with only rookie backups to rely on in key moments. (See-the 2016 NFC Championship and LaDarius Gunter vs Julio Jones.) Brian Gutekunst would be wise to avoid making the same mistakes. 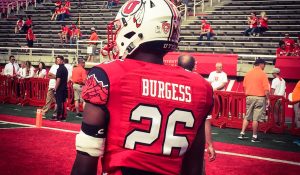 Since the days of the legendary Ron Wolf, the Green Bay Packers have followed strict ...read more 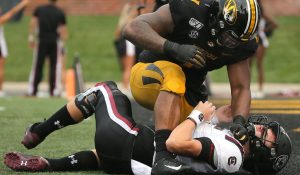 Thankfully in these uncertain times, NFL Free Agency has given football fans something to cheer ...read more

6 thoughts on “The curious case of Josh Jones”