The Packers are a few days removed from their let down in the NFC Championship game, but the work to get to the Super Bowl next season has already begun.

All season the defense was carry the team. General Manager Brian Gutekunst concentrated on the defense last off-season by signing the Smith Bros and Adrian Amos when free agency kicked off and continued bringing talent to that side of the football by drafting Darnell Savage and Rashan Gray.

The defense was so impressive in their week 1 victory over the Chicago Bears that the face of the franchise, star quarterback Aaron Rodgers proclaimed, “We have a defense”.

The defense got turnovers, generated a pass rush, sacked quarterbacks but struggled against the run. All in all, you could say the defense had a decent year under Mike Pettine.

During the NFC Championship game, Mike Pettine and his defense did not have an answer for the San Francisco 49ers. This wasn’t due to scheme, the Packers just lacked the necessary talent on defense to stop the 49ers. This off-season Brian Gutekunst needs to upgrade the defensive line and middle linebacker positions. They need big run stoppers on the line and fast middle linebackers.

During his end of the season press conference on Wednesday, head coach Matt Lafluer was less committal to Mike Pettine, leading many to believe the first year head coach may find another coordinator to run his defense. Later that same day, after Lafluer and Pettine conducted their season-ending interview, it was announced that Lafluer would keep Pettine as defensive coordinator next season.

This speculation was brought on because of the defenses poor performance against in the NFC Championship game, and rightfully so. Even though Pettine is staying on, he is put on notice that his defense needs to take another step to make sure their performance last Sunday does not happen again. If it does, Lafluer and the Packers brass may decide to make a change.

For Pettine to succeed, Gutekunst needs to provide him with more talent. Without talent, no matter the scheme or who is running the defense it will not be effective. To start he needs to extend Kenny Clark and get him some some on the inside of the defensive line. He then needs to get faster and more aggressive at inside linebacker. The third thing on the defensive side of the football that he needs to improve is the depth at cornerback. These improvements will provide Mike Pettine the tools in his toolbox he needs to run a championship level defense.

Now that they have confirmed that Mike Pettine is returning, they need to figure out what happened in their 4 losses this season and figure out how to assure that it will not happen again. The teams that have advanced to the Super Bowl the past few seasons have had great defenses. As the attention turns to the off-season it is up to Brian Gutekunst to provide that talent through free agency and the draft. The road to the 2021 Super Bowl begins now for the Green Bay Packers. Go Pack Go! 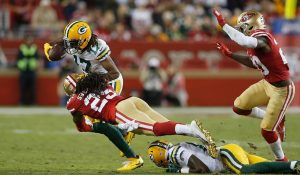