It was the first weekend without NFL football. But the help cure those blues, the XFL re-launched this past weekend.

Surprisingly enough, it was an enjoyable product. It was a chance for players who were cut from the NFL to continue to play the game they love. Fans also seemed to enjoy more football.

After a successful week for the XFL, the NFL will probably want to take notice. Not based on the talent that this on the field but some of the innovative rules that the XFL is implementing.

Kickoffs in the XFL are far different than those in the NFL. This is all about player safety. The kicker kicks the ball from the 30-yard line. The coverage team lines up on the return side 35-yard line and the return team lines up on the 30-yard line. Each team is 5-yards apart. Each team also must have exactly 3 players outside the hash marks on both sides of the ball. The players cannot moved until the returner catches the ball. It’s something that I could get on board with and something that they NFL is probably going to be looking at.

This is one area that I see fans depending the NFL adopt, and one that the league will probably take a long hard look at. In the XFL, all plays are reviewed in the booth. But the big difference, is the transparency the XFL is showcasing during the replays. When a play goes to review, the XFL is airing the communication between the official on the field and the replay booth. Fans can hear the thought process and what the officials are discussing. This would be huge for the NFL to do. It would help fans understand why certain plays are overturned and why others stand. The transparency would also help with the league image.

Who doesn’t like watching NFL films and hearing the players and coaches talk on the sidelines? The XFL had sideline reporters interviewing players right after a play. Now, this would not go over well with NFL players, but it is something that fans watching game definitely enjoyed. The fan gets insights into the game while it is happening instead of waiting to digest the post game press conferences. Granted this probably will not happen in the NFL, it is something that the NFL should look into how they can expand their on-field microphones to help bring the fan into the game.

Overall, it was a successful first weekend for the XFL. There were people in the stands and millions of people tuned in to see this brand off football. Granted, most players probably won’t be making NFL rosters, the NFL can learn from rules and other fan experiences that the XFL is bringing to the table. 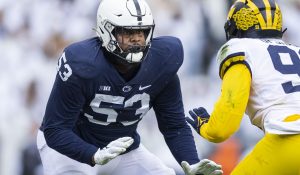 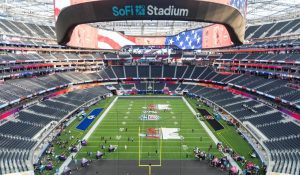