With no sports currently on TV, the NFL free agency period is providing us with the entertainment that we need. Just like last off-season, General Manager Brian Gutekunst is active as free agency starts.

The new league year does not officially start until March 18th at 4pm ET, which means free agent signings can be officially announced at that time. The Packers got things going by reaching agreement with two free agents. There was a lot of movement within Green Bay with players signing elsewhere, like Jimmy Graham and Blake Martinez, but I will concentrate on the signings the Packers made.

First, the Packers came to terms with Tackle Rick Wagner, on a two-year deal. This could be a value signing by Gutekunst as the two-year deal is worth $11 million. Not a lot of money for a tackle. This does signal the end of Bryan Bulaga’s time in Green Bay as he will command top tackle money on the market. Wagner is 30 years old, he provides depth along the offensive line and could bridge the gap between Bulaga and the next long-term starter at the position. The Packers brass could still draft an offensive tackle in the upcoming April draft.

GM Brian Gutekunst and his team then went defensive and agreed to terms with inside linebacker Christian Kirksey from the Cleveland Browns. The team and Kirksey agreed to a two-year deal. Now, there is some risk with this signing, as Kirksey has not played a full season the past two seasons. In 2018, he missed nine games because of ankle and hamstring injuries. Last season, he injured his pectoral muscle in week 2 and did not play again. In his first four seasons in the NFL, he did not miss a single game. He is known as a great locker room guy and if he stays healthy is a good addition to the linebacking corps.

Now, the good news. Kirksey is a speedier version of Blake Martinez and could potentially succeed in coverage where Martinez did not. His transition into the Packers defense should not take long as he played for defensive coordinator Mike Pettine for two-years when Pettine was in Cleveland. On his pro day in 2014, he ran a 4.58 40 yard dash, if he still has that kind of speed, theoretically, the defense should be faster as he brings more speed to table.

The off-season is just getting started and Brian Gutekunst and his team are going to be active. The Packers believe they found their upgrade over Blake Martinez and depth along the offensive line, it was a solid start to the free agency period. Go Pack Go!! 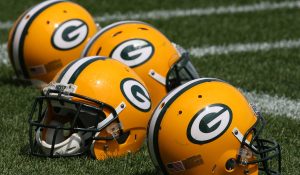 With everything going on in the world right now, and sports leagues trying to figure ...read more

NFL owners may approve alternative to onside kick this week

There could be some interesting NFL news coming out later this week. on Thursday, the ...read more