The surprising resigning of running back Aaron Jones on Sunday means that at least two-thirds of the 2020 backfield for the Green Bay Packers will remain intact. But the need to clear even more salary cap space remains obvious, as well as what other moves will/will not happen.

The four-year, $48 million deal, which includes a $13 million signing bonus, is a huge commitment for a front office that has been very non-committal to shelling out big money to a position that has an extremely short shelf life. Jones will be the starting RB for this team for the next four seasons, and both he and AJ Dillon will combine to lead this backfield for many years, alongside QB Aaron Rodgers.

But bringing back Jones has big-time ramifications moving forward, which include who will not be back this off-season, which includes center Corey Linsley and RB Jamaal Williams. The money to be able to bring back both, or even one of these players, is not really there for the Packers, and they will need to clear cap room to bring Jones back, on top of other needs.

There is a lack of cleared salary for incoming draft picks, as well as in-season moves, that should require a need for at least $20 million more cleared, which should include a few more restructures and possibly even contract extensions.

Any outside additions will require even more cap moves, making any likely big additions that much more unlikely to happen this off-season. The need for a CB2, LB depth, and OL depth will require free agency creativity and/or draft capital to address, two options on the cheaper side of the spectrum.

As much as bringing Linsley and Williams back may have resulted in a better usage of money for two players instead of getting Jones back, Green Bay has painted themselves into a corner with the long-term signing of Jones. For this off-season, general manager Brian Gutekunst will need to continue to rely on cap maestro Russ Ball to make additions to this roster – but with both Linsley and Williams likely on their way out, even more holes need to be addressed.

Money is already tight, and the Packers must work with their cap constraints to remain in the upper echelon of the NFC – only time will tell if they can do enough and the right things to do that. 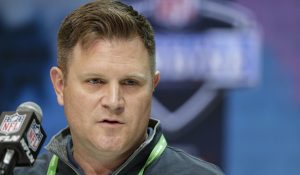 With Wednesday's announcement that the 2021 salary cap figure for the 2021 NFL season will ...read more