The Green Bay Packers cannot afford to waste draft picks with how their championship window is right now, and general manager Brian Gutekunst must do what he can to help maximize the team’s draft capital.

With quarterback Aaron Rodgers needing to be surrounded with more proven weapons (but the right weapons), GB’s MO of passing on early pass-catchers may be tested this year.

On defense, depth is needed across all levels, and they certainly can address that at any point. With the secondary and linebacker groups needing the most attention, finding those pieces will be key.

But drafting a player because they’re a hot name can quickly close a championship window, something Green Bay cannot afford with Rodgers’ ticking clock nearing its end.

Here are three bigger-name prospects the Packers should stay away from in this year’s draft.

Looked at as more of an offensive weapon than a wide receiver, Kadarius Toney’s senior season helped put him on the map in this year’s draft class. With a limited skill set that could potentially be hurt by his smaller stature, he does not project to be the type of player that Green Bay would be interested in for Rounds 1-2.

Toney fits the mold of what NFL offenses are including more of – positionless weapons that can do a multitude of things at least average, but nothing considerably well. While Toney’s speed and athleticism certainly would be an addition to any NFL offense, he comes with some caveats as well.

While his 9.00 Relative Athletic Score (RAS) fits what Gutekunst likes to draft, using an early selection on a WR that likely holds a WR3 ceiling is another misuse of an early selection, something GB cannot afford to do. Plus, with his lack of established workload, as his senior season was the lone big season he put together at Florida, drafting Toney should make the front office think twice.

Both Eric Stokes and Tyson Campbell followed interesting paths to committing to play for Georgia, but both produced very competent collegiate careers that saw them declare for the 2021 draft. And while both options certainly would be good depth additions in Green Bay, they do come with concerns, potentially leading to an overdraft.

For Stokes, he consistently produced in college, showcasing solid ball-tracking skills even with his hands-on play that should be called a lot more in the NFL. But his climb up the draft boards happened after he ran a blazing 4.25 40-yard dash at Georgia’s pro day – speed is a huge reason that prospects get bumped up the board, and speed is also what gets players drafted much higher than they should be.

On the other hand, Campbell arrived at Georgia as a highly-ranked CB out of high school, but never really put eye-popping stats on paper (1 interception and 11 pass break-ups the past three seasons). Heavily relying on speed to keep him in plays, his vision is not great, consistently mistiming balls in the air, leading to him allowing big plays.

Both players certainly could exceed current expectations, but both should earn a very thorough look-through by the GB brass before using an early selection on them.

Over time, the GB fan base has learned that the front office seems to despise addressing their lacking LB core. And with Kamal Martin and Krys Barnes manning the starting roles, that trend looks to be continuing – which makes adding a coverage LB a must.

But reaching for an LB that can play well against the pass is not something that GB should do – having invested in Oren Burks a few years back with no solid defensive returns, that mistake cannot be replicated in ‘21, especially with a few proven commodities out there.

Players like Jeremiah Owusu-Koramoah (Notre Dame), Zaven Collins (Tulsa), Jabril Cox (LSU), and Jamin Davis (Kentucky) seem to be the best bets in terms of adding a top-flight LB option, with Pete Werner (Ohio State) and Dylan Moses (Alabama) not far behind. Outside of those proven options, addressing the LB position with a guy that is average or worse in coverage would not be the best usage of a draft pick this year, something they cannot afford to do.

Green Bay will be tasked with a lot of tough decisions this upcoming draft cycle, especially with how close they have come each of the past two seasons – being able to add impact pieces for cheap is what keeps teams competitive for long periods of time, something that Green Bay has (so far) been able to take advantage of. 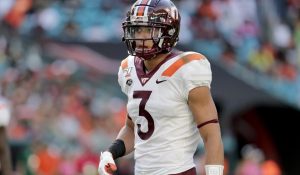 Starting with the 29th overall selection in the 2021 NFL Draft, unless they decide to ...read more 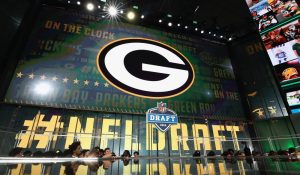 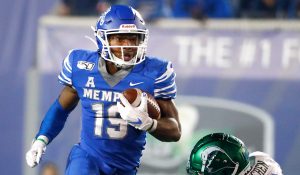