The final installment of the 2022 NFL Draft Preview on offense details what options the Green Bay Packers will have to improve their offensive line. By now having two first-round selections after their shocking trade of Davante Adams to the Las Vegas Raiders, they have another prime asset at their disposal.

The offseason release of swingman Billy Turner removes a key utility option that the Packers heavily relied on while the likes of David Bakhtiari and Elgton Jenkins were forced to miss time due to injury. His release puts even more of an importance of this year’s draft on adding OL options to the team, and it is a pretty solid class to have to do so.

The top options at tackle for this year’s class include Evan Neal (Alabama), Charles Cross (Mississippi State), and Ikem Ekwonu (North Carolina State), all of which bring mean streaks and monster statures to the league.

For Neal, he is 6’7 & 337 lbs. of nastiness and a monster out at tackle. As he manned left tackle for the Crimson Tide last year, Neal also has experience playing both right tackle and guard, showcasing just how much of a tactician and strong talent he is.

Cross also was mainly an LT during his days in the SEC, and while he is smaller than Neal, he utilizes power and balance well to neutralize pass rushers. Cross is absolutely in the conversation, along with both Neal and Ekwonu, for the best tackle prospect in the draft and is best suited in passing sets.

Finally, Ekwonu is yet another LT prospect that has constantly been linked to the Jacksonville Jaguars for the top pick – while seeing them go tackle after their work in free agency is unlikely, Ekwonu’s control at the point of attack and how he constantly sets a solid base in pass sets can make him this year’s best T option.

For guards and centers, Iowa’s Tyler Linderbaum is the cream of the crop – seen as strictly a center due to his shorter frame, Linderbaum is a staunch middle-line option that consistently will hold his own in sets (even if some gap plays will be tougher for him due to his stature).

For guards, Texas A&M’s Kenyon Green and Boston College’s Zion Johnson are bonafide Day 1 talents that would immediately help add some much-needed stoutness to whichever team decided to draft them.

Green is going to enter the league as a guard (even with his flexibility to move out to tackle) and he excels in pulling situations where the offense follows him through the hole. Driving power, scheme flexibility, and well-developed football IQ are the traits that define Green and will help him seamlessly transition to the NFL.

Johnson, while not as versatile as Green, could move out to a tackle position if needed, but he has put a ton on paper for what he can do on the inside, likely making him guard-only when in the NFL. Leverage and balance define his play style, and Johnson utilizes both of those elements to help overshadow his slightly-lean frame for an interior lineman.

For both the tackle and interior spots, this draft brings a lot to the table, especially for a team like the Packers who are looking for long-term depth but could also step in during Year 1 as their starters come back from injury.

Trevor Penning is a great small-school option out of Northern Iowa that made a name for himself at this year’s Senior Bowl, and while a commonly-known name in the draft cycle, he profiles as a sleeper due to how he could sneak into the top 40 picks in April. Other potential sleepers at tackle include Nicholas Petit-Frere (Ohio State), Tyler Smith (Tulsa), and Kellen Diesch (Arizona State)

The Packers must address their offensive line this offseason, and GM Brian Gutekunst’s mantra of constantly looking to add OL during the draft will likely continue, something that should be seen as a good thing.

How many more seasons will Aaron Rodgers play? – Powered By PickUp
뿓뿓뿓 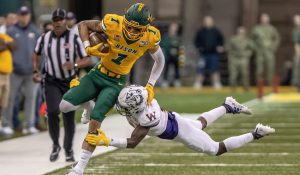 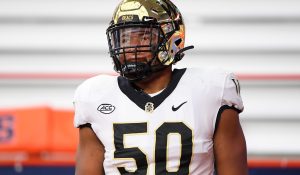 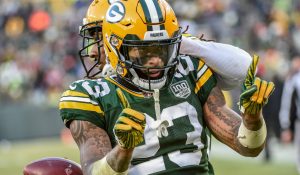