The Green Bay Packers got things rolling quickly last week on the eve of free agency announcing that they had come to terms with inside linebacker De’Vondre Campbell. This was of course quickly overshadowed by the bombshell news that the Packers were moving all-pro wide receiver Davante Adams to the Las Vegas Raiders for a haul of draft picks.

In my continuing series, I’m taking a look at a perpetually overlooked position on the Packers defense; the inside linebacker group.

I think it’s fitting that De’Vondre Campbell’s deal was quickly cast aside for the more salacious Davante Adams news.

Campbell has been an unheralded guy his whole career, cast aside by two different organizations before landing in Green Bay late last off-season.

Of course the recognition of a new contract has to feel good, but Campbell just seems like the kind of guy who wants his body of work to do the talking.

Campbell solidified the middle of the Packers defense, to the tune of 146 combined tackles, 2 sacks, 2 interceptions and 2 forced fumbles en route to a first team all-pro selection.

At first I was a bit on the fence about whether the Packers should hand Campbell a sizable new contract.

Was he a one year wonder? Will he maintain the same level of motivation after cashing in for the first time?

We won’t know the answers to those questions for a while, but the smart money says the Packers have their man in the middle.

Here are the completion stats from some of the other top flight linebackers in the NFL over the past four seasons:

Alas, coverage is only one facet of the game for an NFL middle linebacker, even with it being a pass happy league.

How about his ability to wrap up the ball carrier? Over the last four seasons Campbell has amassed 468 total tackles with a missed tackle percentage of 5.8% (with a miniscule 2.7% missed tackles in 2021)

How do the other heavy hitters stack up?

Most of us fans would be drooling at the opportunity to add one of those guys to the roster. I think we’ll find out soon enough that De’Vondre Campbell truly belongs with the elite names at the linebacker position in the NFL.

It’s hard not to root for a guy like Krys Barnes.

Barnes came to the Packers undrafted out of UCLA in 2020, only to unseat the Packers 2020 5th round linebacker Kamal Martin for one of the starting inside linebacker jobs.

Eventually, Barnes found himself atop the depth chart in place of former top linebacker Christian Kirksey.

After starting 13 games for the Packers in 2021, and just shy of his 24th birthday, Barnes is still squarely in the mix for a starting job in Green Bay.

Barnes has his limitations, however, struggling in coverage since the day he arrived in Green Bay and a propensity for over-pursuit leading to missed tackles.

If he ends up with the starting gig opposite De’Vondre Campbell the Packers could do worse, but ultimately I view Barnes as a high end backup and Special Teams contributor.

I fully expect the Packers to continue to add bodies to the inside linebacker group, perhaps even using a later round draft pick on the position.

We haven’t seen much of Isaiah McDuffie since GM Brian Gutekunst used a 6th round pick in last years draft on the linebacker out of Boston College.

2021 was more or less a redshirt year for McDuffie, which makes sense when you read more about his profile. Lots of raw athleticism, a 7.32 Relative Athletic Score but lacking NFL playing weight and the schooling needed to read & react.

Depending on how hard he hit the books (and the weight room), McDuffie could be in the mix for a starting job with a strong training camp.

Turning 23 years old in July, my guess is that he’s earned himself a bit more time in the Packers system to see if he can make good on some of his raw traits. But the omnipresent bottom of the roster churn could spell an early exit for Mr. McDuffie as well.

At this stage in his Packers career, the book is out on Ty Summers.

He can’t cover, he can’t shed NFL lineman with consistency and he offers questionable tackling ability.

Frankly, I’m surprised that he’s lasted as long as he has in Green Bay.

Summers spent the majority of his time in 2021 on Special Teams, and we know anyone associated with that unit should be on notice.

The Packers brass must see something in Randy Ramsey, what exactly I’m not sure of.

Ramsey signed with the Packers in 2019 as an undrafted free agent out Arkansas, spending all of 2019 season on the practice squad.

He was tendered an exclusive rights deal for 2021 before landing on IR for the entirety of the ’21 season with a significant leg injury.

He’s another limited athlete with a RAS score in the 50th percentile and will be turning 27 years old during the 2022 season. Stranger things have happened, but I expect a higher ceiling prospect to be occupying his roster spot come week 1.

The Packers have a diamond in De’Vondre Campbell. They’ve got a serviceable starter or high end backup in Krys Barnes and they’ve got a lot of guys you hope don’t see the field behind them.

While the new deal for Campbell was a nice surprise, I don’t expect Brian Gutekunst to use premium draft capital on the insider linebacker position any time soon. Expect another day 3 pick, and a few lotto ticket UDFA’s to round out the room.

Will GB draft a defensive player with their first pick? – Powered By PickUp 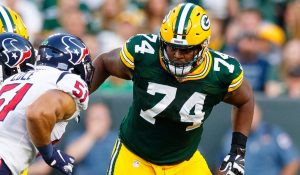 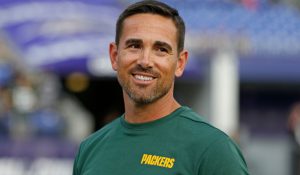 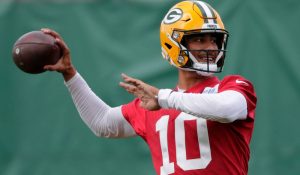