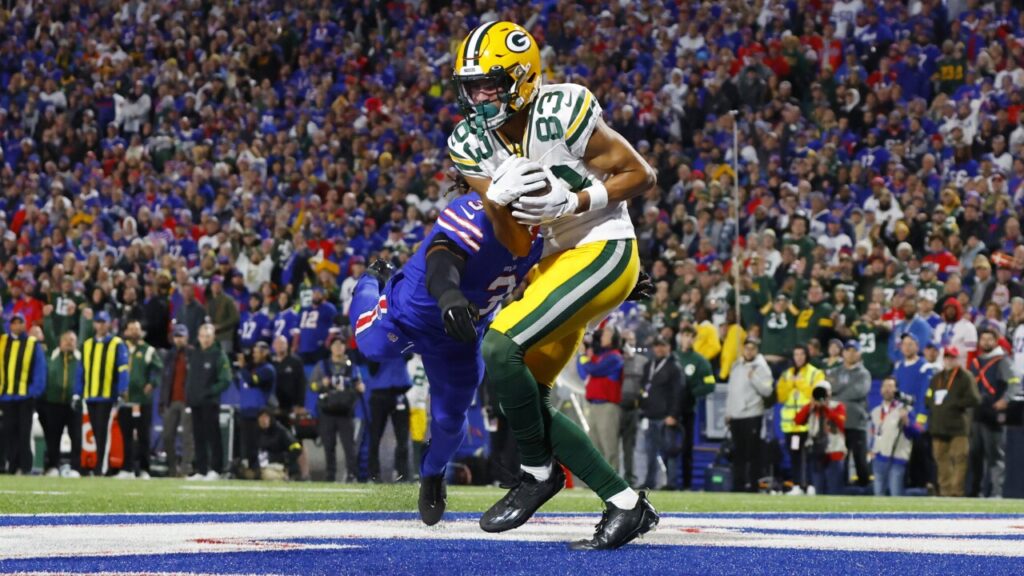 With Sunday night’s loss to the Philadelphia Eagles all but ending any miraculous playoff push, it’s time for the Packers to start looking ahead. 2023 will be a massive offseason for the future of the organization. Players, coaches, front office – all will be under the microscope after a wildly disappointing season where Super Bowl aspirations have withered and died before the calendar even hit December. With that said, Green Bay should use the rest of this season to prepare for 2023 and beyond, with these three things being top of the list.

I made this case a few weeks ago after the loss to the Lions, and it’s made more sense each week since. After leaving the game Sunday night due to a rib injury, Rodgers has remained adament on his desire to finish out the season. LaFleur refused to acknowledge this idea – saying the Packers will take it “one game at a time.” But Rodgers is clearly banged up, and the front office needs to get a good look at Love before deciding to pick up his fifth year option. After two years of Rodgers being wishy-washy on his future in Green Bay, the Packers need to prepare for life beyond him.

Love looked more decisive in his reads and threw with better anticipation Sunday night. He has clearly progressed in his third season in LaFleur’s system. They should let Love prepare as the starter for the next month, so that they can truly evaluate whether they have their next franchise QB, or if they need to take another swing in the 2023 draft.

This has already been the case for both Romeo Doubs and Christian Watson at some point this season. But they’ve both dealt with injuries, and have yet to see extended time on the field together. Rodgers admonished the young receivers earlier in the season for too many mental mistakes. The only way that changes is with live reps. The only way these receivers will know the proper route adjustments is to see different looks in real time, against real opponents.

The Packers would also be wise to continue to wean Sammy Watkins snaps, in favor of Samori Toure. After cutting Amari Rodgers, the only receivers under contract for the 2023 season are Watson, Doubs, and Toure. And Toure has played in only 18 total offensive snaps over the past three weeks, but that should change over the next five contests. Watkins’ snaps are down significantly over the past three weeks, and he’s given no reason to be out there over the upside that Toure provides at this point.

Matt LaFleur has remained steadfast in his refusal to make this move in-season, but Sunday’s night gave all the evidence needed for cause to fire Barry. Allowing the Eagles to rush for 363 yards, including over 100 to QB Jalen Hurts in the first quarter alone, is indefensible. With the investments made on that side of the ball, there is no reason for this unit to be as bad as it is. Missed tackles and miscommunications are all too regular, and point directly to coaching.

The Packers have options in-house to fill in as interim coordinator as well. Jerry Gray has been a commonly floated option, but interviewed for and was ultimately passed over as an internal candidate two years ago. A better option might be Jerry Montgomery. Though his duties as run game coordinator do not instill much confidence, one can only hope that Barry’s scheme has handcuffed his abilities there. Montgomery has been a rising star as an assistant coach, and has yet to have a chance as a coordinator. He accepted a role as co-defensive coordinator at the University of Oklahoma before leaving for the Packers. He is well-liked among the players, and would fit the mold of recent promotions within the organiation a la Adam Stenavich.

After their first matchup on November 6th, no one would have expected that these two ...read more