For those who don’t know, or maybe just like to be reminded. The Green Bay Packers are the third oldest franchise in the entirety of the NFL, formerly known as the Green Bay Acme Packers, they were founded in 1919 and joined the NFL in 1921. Racking up a total of 13 championships, 9 conference championships, and 21 division championships in the 103 years they have been operating. For a non-profit, community-owned team, that is a pretty incredible thing really!

The Cincinnati Bengals on the other hand, haven’t had such a rich history. The Bengals are a much younger franchise, only founded in 1967 by a group headed by former Cleveland Browns head coach Paul Brown, unfortunately for Bengals fans, they have still yet to win an NFL title, but they have 3 conference championships and 10 division championships, not terrible, but it isn’t quite what the fans want is it?

Today, we’re going to be taking a look at the record between these 2 franchises, on one hand, one of the most decorated franchises in the league, on the other, one of the least decorated franchises in the league. To start with, it’s worth noting that the two franchises haven’t actually met that many times, between 10/3/1971 and 10/10/2021 the Packers & Bengals have only met a grand total of 14 times. Funnily enough, they’re actually tied at 7-7 but we can break it down a little bit more in-depth.

As I stated, they have played 14 games, beginning on 10/3/1971, where the Packers came out on Top, the much more experienced franchise winning their first meeting was probably to be expected at the time. But this was at a time when the Packers were regularly missing the playoffs, 3 back-to-back titles before multiple poor performances in a row. A 25-season stint with only 2 playoff appearances! Unfortunately, the first win against the Bengals wasn’t going to set the scene and set up more wins.

But, it’s arguably the recent 2 meetings that are most interesting. Firstly, the Packers have won the last 2 meetings, but it wasn’t as easy as it seems on paper. 2017, Packers host the Bengals, but the game goes to overtime tied 24-24, the overtime win was sealed by Mason Crosby with a field goal to make it 27-24 overall. Then 2021, saw a similar affair, however, this time the Packers were at the Bengals. A tight back-and-forth game, going to OT tied 22-22, again a Mason Crosby field goal saw the Packers take this one 25-22!

We’ve looked to the past, but now it’s time to look to the future and after the Packers 28-19 win over the Chicago Bears on 4th December, they moved straight into their bye week. They now don’t play another game until Tuesday 20th December when they host the 4-9 Los Angeles Rams. So, what have the experts got for this one? Both teams are underperforming here and clearly they expect the home-field advantage to play a big factor as the Packers come in at -360 favorites which returns $6.38 from a $5 stake, meanwhile reigning champions are +280 underdogs, returning $19 from $5.

How about looking even further forward? Though it is going to be a real uphill battle for the Packers to get into the playoffs. We took a look at the soon to be live betmgm sports betting app in Ohio to check what odds you could get on a miracle super bowl win, Packers fans, look away now. If you think that the Packers could go on a tear from now until the end of the season, claim a playoff spot and go all the way, you can currently get the Packers at +30000 to win the superbowl, which is a $1505 return from $5. Kinda crazy.

Since we’re here we may as well take a look at who the bookmakers are putting up as the top 3 most likely teams to go all the way. While the Buffalo Bills aren’t exactly looking unbeatable, since before the season even started the Bills have always been the favorite to go all the way this season, they are however tied with the Philadelphia Eagles, both teams are +400, which would see a return of $25 from $5. Not far behind them however are the Kansas City Chiefs who are looking very good, they come in at +450 returning $27.50 from $5.

So Packers fans, what do you think? Would you like to play the Bengals more often? Does it really bother you whether you play them at all? I guess ultimately you have to play everyone one way or another if you want to prove you’re the best of the best. While they’re not doing so well this season, what do we think they need to change to push on this season and claim a playoff spot, because right now it’s looking like they are more than likely going to miss out and the Packers missing out on the playoffs should be classed as a criminal offense! There are 4 games left for the Packers to play as well as likely needing teams around them to mess up, but anything is possible, right? 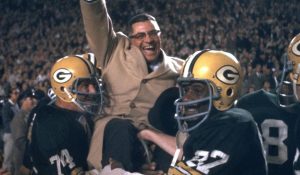 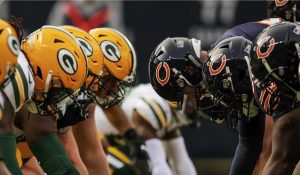 One thought on “Packers Vs Bengals all-time record”