A few short weeks ago, fans, pundits, and experts had written the Packers off. The 2022 Green Bay Packers were hot garbage and had nothing left to play for but a better draft pick. But following a 41-17 thumping of the division-leading Vikings, the Green Bay Packers find themselves in the playoff driver’s seat.

Does Anyone Need a Bridge?

Since the Packers’ 40-33 loss to the Eagles back on November 27th, they have collected 4 straight wins. In Week 14 I wrote, “the Packers are down, but not out, yet.” My faith was tested, but not lost. I was optimistic. So much so that a guy over on Linkedin told me, “Anyone out there who still thinks this is a playoff team: I got a nice bridge for sale spanning Lake Butte Des Morts and it’s going cheap.”

The Packers did play like hot garbage in weeks 5-9 and again in weeks 11 and 12. But the reality is they still had the same players they had before the season started when the experts were picking them for the Super Bowl.

Early in the season, I said the Packers would need to simmer for all their talent to meld together and become a playoff team. However, I didn’t think the flavor of this Packers team would be unbearable before things started to come together. Nevertheless, this is where we are at.

When I say they have the same players that they had before the season started, I am admittedly spreading it a little thick. The loss of Rashan Gary is significant. As is the loss of Eric Stokes. On the other hand, the departure of Amari Rodgers was addition by subtraction.

The Rise of Keisean Nixon

By Jettisoning Rodgers, Matt LaFleur and Rich Bisaccia probably thought, Keisean Nixon couldn’t be any worse. Lo and behold they had a Ferarri and didn’t even know it. One could argue that if Nixon had been returning kickoffs and punts all season long, this season may look a lot different. Either way, Nixon arrived on the scene at just the right time. And in doing so he has infused this team with energy and magic that might just be enough to take this team on a playoff magic carpet ride.

I’m not ready to put the Packers in the Super Bowl just yet. Likely because I don’t want to jinx them at this point. As much as I still believe in this Packers squad. I don’t have any illusions that they are just gonna roll over the Lions. There have been many seasons I would have thought this week 18 match-up would be a gimme. Not this year. The Lions also have their playoff lives on the line. They are an up-and-coming team with heart. I don’t doubt they will give the Packers all they can handle.

If the Packers can outlast the Lions and secure a playoff birth, they will be a team nobody wants to play. They’re hot, everyone counted them out, so they have low expectations, and they are coming together as a team at the perfect time. As I was in week 14, I’m optimistic. I don’t know how things are going to go. But I think the price of bridges is on the rise.

End of the Aaron Rodgers Era for the Packers?

Green Bay Packers fans waited all day for Sunday Night. Only for the Packers to ...read more 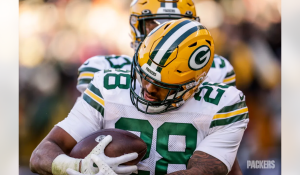 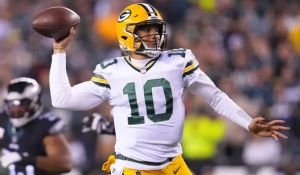