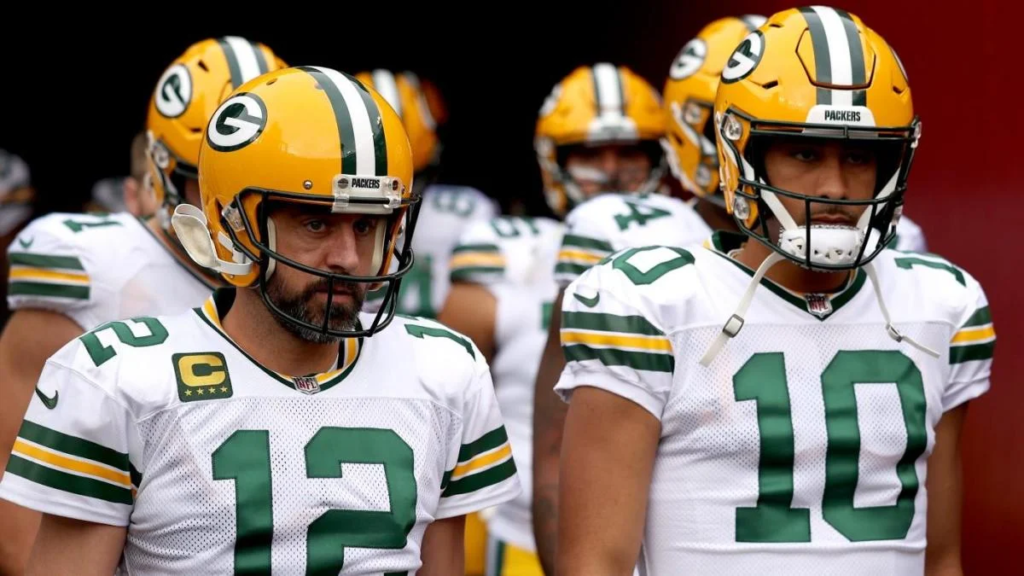 Over the past few seasons, the quarterback room for the Green Bay Packers has been one of the most polarizing groups to follow across the NFL. After their disappointing 2022-23 season, there will be plenty of storylines to follow this offseason for this group again.

Both Aaron Rodgers and Jordan Love saw the field this season, but Rodgers commanded his typical workload as the team’s starter. With questions surrounding his future both in the league and with the Packers, we could have seen the last of Rodgers in green and gold, although the jury is still out.

In a down year for the offense, it was Rodgers who was a big reason for their shortcomings. Having thrown the fewest touchdowns since 2019 and the second-most interceptions in his entire career, it’s fair to put a lot of blame on the right arm of Rodgers.

Looking outside the main passing yardage and TD stats, Rodgers was under a bunch of pressure this year, having been sacked 32 times (the most since 2016). In the same breath, Rodgers produced the lowest QR Rating (QBR) in an entire season of his career, definitely looking like he is trending in the wrong direction.

Having only seen the field in both mop-up and injury replacement duty, the fan base was unable to get a good look at Love. Having used first-round draft capital on a backup has certainly put a target on the back of the front office, but they have also failed to give him any sort of an audition.

Love’s most substantial work came in relief of Rodgers against the Philadelphia Eagles when he was forced out with an injury. Connecting with rookie WR Christian Watson on a long TD was his highlight of the year, and even though they lost that game, it was a rosy look into what the future might entail.

Across his entire career, Love has produced up-and-down results: 60.2 completion percentage, 3 TD, 3 INT, 3 sacks, 3 fumbles (1 lost), but his brief ‘22 campaign was definitely an impressive step in the right direction. With three seasons under his belt, Love has had plenty of time to develop under the tutelage of Rodgers, Matt LaFleur, and the offensive staff – but will next season be when Love finally gets his first shot at the full-time job? previous post LempsTalkinPack #129: Looking Back, Looking Ahead: Part One
next post Preston Smith: To Keep? or Not To Keep?