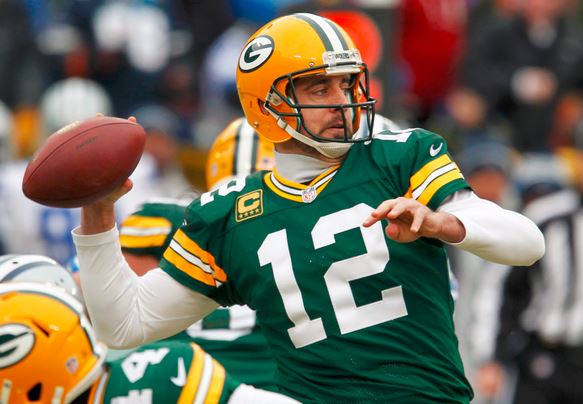 Somewhere everything went wrong.  It’s hard to put my finger on when exactly it happened.  The Green Bay Packers won the World Championship in 2010.  It was a magical run.  There might have been concern that it was fluky.  No question.  The Packers were only 10-6 that season after all.  They had to win their last two games to even qualify for the postseason.  The team then won 4 consecutive games away from Lambeau field and brought Coach Lombardi’s trophy back home.

The 2011 team left no doubt that the rise of the Packers was legitimate.  The offense was historically good and the team set a franchise record by going 15-1.  They did not win a postseason game that year.   The offense faltered and the defense couldn’t contain Eli Manning at Lambeau Field for the second time in recent memory.  It was a terrible day.  The Packers were overwhelming favorites to win that game and return to the Super Bowl.  It was supposed to be the unofficial start to the Thompson-McCarthy-Rodgers dynasty.

It wasn’t.  The Packers haven’t returned to the Super Bowl since.  This past season was their first return trip to the NFC Championship game since Chicago.  The defensive minded teams in the NFC West have taken over the NFC.  Green Bay apparently fell behind both San Francisco and Seattle without anyone noticing.  Then, when it happened it was basically incontrovertible fact.  Since the beginning of 2012, Green Bay has lost (well kind of lost one of the games) 7 games in a row to either San Francisco or Seattle.  Teams with big, strong, tough, physical defenses and capable young quarterbacks playing on small, rookie contracts. That time might now be over.

That’s the beauty of what Ted Thompson has been building.  Yes, Seattle won a championship.  This Schneider-Carroll-Wilson Seattle group has as many Super Bowl victories as the modern era Packers.  But reality is coming for them.  Reality already came for the San Francisco 49ers.  They paid Colin Kaepernick and immediately went 8-8, missed the playoffs and lost head coach Jim Harbaugh.  Reality is soon coming for the Seattle Seahawks.  Russell Wilson figures to get the biggest QB deal in NFL history.  The Seahawks have absolutely no leverage in this situation.  Despite the fact that he’s probably only a top 8 or top 10 guy, you can’t let him walk because he just brought you to two Super Bowls.  Call it the “Joe Flacco Problem”.

Honestly, if either Andrew Luck or Aaron Rodgers aren’t the league’s highest paid signal callers for any period in the next 6 or 7 seasons it probably isn’t going to be an accurate representation of skill or value to their club.  The salary cap comes for everyone, and it is coming for the Seattle Seahawks, make no mistake about it.  They have $23M in cap space right now, but if $20 (or more!) of that is allocated annually to Russell Wilson they have none.  They have no cap space after Russell Wilson and have to find money for James Carpenter, Byron Maxwell, and Jermaine Kearse.  After that is all figured out they have to figure out how to extend Bobby Wagner and Bruce Irvin or they’ll be gone too.

The salary cap has come for Ted Thompson on numerous occasions since The Packers bounced back from the 2008 season and put themselves back amongst the NFL’s elite starting in 2009.  Ted Thompson has looked at the salary cap, laughed and proceeded on with his day as if nothing had happened.  Ted Thompson does not fear the salary cap.  Thompson’s careful stewardship of the cap has allowed the Packers a bite at the apple season after season, despite the team’s success.  In my opinion it was his missed opportunities in the 2011 and 2012 drafts that have kept the Packers from the Super Bowl.

The Packers have gotten past paying their franchise quarterback and as I’ve written before could have as much as $40 million dollars in cap room with only Randall Cobb left as a true “franchise cornerstone” left to sign.  This team is going to reload, not rebuild like in 2008.  Yes, this NFC Championship game loss was as agonizing as 2007 and 1995.  It was as agonizing as the victories in 1996 and 2010 were wonderful.  Brett Favre left the team in 2007.  Aaron Rodgers isn’t going anywhere.

The Packers strong drafts in 2012 and 2013 have put them back in a position to contend.  Ted Thompson’s methods have allowed them to keep the window open.  Aaron Rodgers has already stated the goal for the 2015 season.  To be the #1 seed in the NFC.  At this point that not only looks possible, but I would argue it is likely.  There should be no regression for this team as young players like Cobb (he’ll be back), Hyde, Clinton-Dix, Datone Jones, Davante Adams etc. continue to improve.  The Seahawks, however have put together a lot of their stars through free agency.  Sure, Richard Sherman, Bobby Wagner and Russell Wilson are draft picks, but Marshawn lynch, Michael Bennet and Cliff Avril most certainly are not.  The people that barely got the Seahawks past the Packers aren’t really young players that are going to improve.  They’re pretty established in this league.  You saw the gap closing during the NFC Championship game, I predict in 2015 the gap will slam shut.