One of the highest priorities for the Green Bay Packers this off-season, was improving the lack of production from the Tight End position. However, General Manager Ted Thompson has never drafted a Tight End higher than the 3rd round. In 2008 Thompson took Jermichael Finley in the 3rd and in 2014 grabbed Richard Rodgers in the same round. Rodgers, Justin Perillo, and Andrew Quarless failed to provide a reliable receiving option for Aaron Rodgers throughout the 2015 season.

Would the Packers be willing to take a TE in the 1st or 2nd round pick to help turn around the offense? New position coach Brian Angelichio has demonstrated an ability to coach up lower round players (see: Jordan Cameron and Gary Barnidge), and Thompson could shock the world and sign a free agent to bolster the position (Barnidge was a free agent, but signed a 3 year contract extension in December). If the Packers decide to draft a tight end in the first three rounds, there are currently several targets that should appeal to Packer fans.

Arkansas’ Hunter Henry tops the list. Henry showed an ability to stretch the field with 51 receptions for 739 yards this season as a Junior. At 6-6 and 255, Henry not only has the size to impact the run game, but more importantly has demonstrated the willingness and ability to be an above average blocker. If Henry runs well at the combine he could work his way into late 1st round consideration.

Austin Hooper follows a long line of Stanford tight ends to the NFL. He showed an ability to stretch the field, and has the route running skills to be an immediate mismatch in the pass game. Hooper has potential as a blocker, but was lined up more as a receiver than on the line as a blocker. Hooper will likely be drafted in the 2nd or 3rd round.

There are currently three Tight Ends projected in the 3rd through 5th rounds. Ohio State’s Nick Vannett is a strong blocker who lacks the explosiveness of Henry or Hooper. He could be a replacement for Andrew Quarless, but doesn’t offer the type of player who can occupy a Safety to free up the field for the receivers. Jerell Adams from South Carolina offers a more significant downfield threat than Vannett. Despite having a thin frame at 6’5” and 231 lbs. he has shown a willingness and ability to block. Adams’ biggest weaknesses are his inconsistent hands and the lack of acceleration out of cuts. Florida’s Jake McGee possesses some of the best hands in the entire draft. His numbers at the combine will probably not jump off the page, but he shows good speed and acceleration on the field and can high point the ball. McGee has great instincts as a former high school Quarterback, but is still developing his route running and run blocking skills.

[youtube https://www.youtube.com/watch?v=Wo8_eRmcpdE&w=560&h=315]
Henry and Hooper offer the Packers options to improve a significant weakness from the 2015 season. To draft one of them would require Ted Thompson to invest the highest draft choice he’s ever used on a Tight End. Vannett, Adams, and McGee offer mid-round options that could rotate with Richard Rodgers and Justin Perillo and allow new Tight End coach Brian Angelichio a chance to develop a young player. 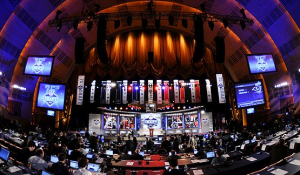 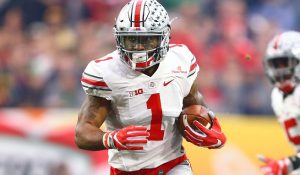