S.T.A.R. The type of receiver that gives the offense an identity. At 6’3 219, he has the tools and toughness to consistently make impact plays. In a below-average receiver class, Laquon is the cream of the crop.

The Packers have a remote chance of drafting him at pick 27. 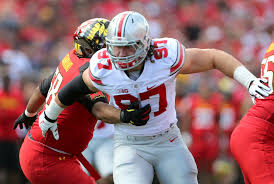 Some great college players just do not translate well to the pros. Bosa does a good job setting the edge and is often able to get full arm extension against blockers. What he does not do well is disengage from those blockers. He also struggles to locate the ball at times. Joey’s ceiling is as high as any because he has rare athleticism for his size (6’6 276), but where does he fit best as a pro?

Bosa’s draft stock could fall due to those concerns, and if he is available at 27, the Packers should be wary of drafting another defensive lineman with position concerns. 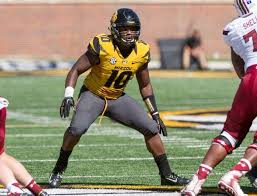 Tackling machine. Brothers’ knowledge of the inside linebacker position shows up on gameday. Does not have prototype size or athleticism, although he did weigh in at 6’0 249, at the Senior Bowl. He excels at locating the ball and taking away running lanes. Was also a productive special teams player in college, blocked 3 kicks in his senior season.

At this point, Kentrell is projected to be a 2nd-3rd round pick. Brothers would be an excellent fit at inside linebacker in Green Bay. His instincts and tackling ability could be a catalyst for an already ascending Packers defense. 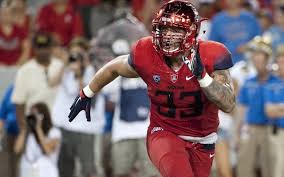 Intense competitor, which leads to big plays. However, he may have trouble in coverage because he lacks suddenness in his movements. At 6’1 229, Wright is also not a thumper, so his ceiling could be limited at the next level. Makes a lot of noise behind the line of scrimmage, but takes poor angles to the ball and gets beat in space. 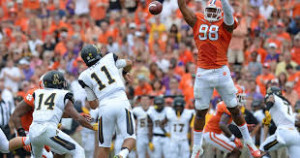 NFL position is unclear at the moment, but that’s not a bad thing. Dodd can beat blockers with a full arsenal of pass rush moves. 4-3 teams are sure to like him at Defensive End, but don’t be surprised if his pass rushing skills attract a 3-4 suitor.

The buzz surrounding Dodd is very similar to that of Datone Jones in 2013. Dodd (6’5 280)is slightly taller and more athletic than Datone, but they both receive praise for their work ethic and hand usage. Dodd could find his way into the back half of the 1st round and could be a need for Green Bay depending on the contract status of current Packers defensive linemen/rush linebackers: Julius Peppers, B.J. Raji, Leroy Guion, Mike Neal, and Nick Perry. 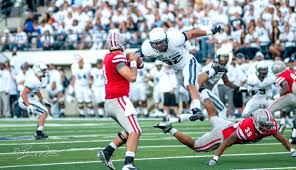 At 6’5 244, Kyler has the size and speed to make an impact as an edge rusher in the pros. He does have some stiffness in his movement though. The tools are there but he needs to work on his hand use to maximize his talent.

Green Bay could see a lot of potential value if Fackrell is still available in Round 3, but Ted Thompson has steered clear of drafting players with prior ACL injuries. Aaron Rodgers is the only one that comes to mind. 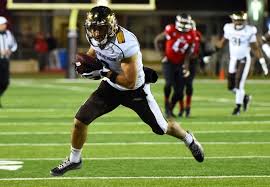 Fits the slot receiver mold. 5’10 163, but his quickness and route running make him extremely productive. Last season, Braverman recorded 108 catches for 1,367 yards and 13 touchdowns. He was not expected to declare for the draft, which makes him a mid-round sleeper this year.

The Packers have a reputation for finding value on the second and third days of the NFL Draft, and Braverman could be a player with too much potential to pass on in rounds 3-5. 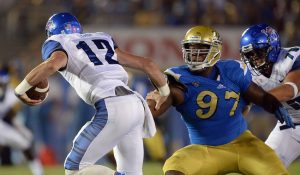 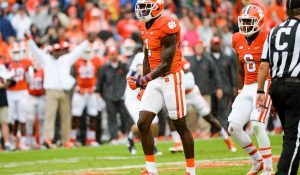