Protecting the Franchise Should be the Packers Primary Focus

There has been a lot of optimism surrounding the Packers chances to be serious playoff contenders heading into the 2018 season.  NFL Network analyst and former super bowl championship winning Packers receiver, James Jones drastically predicted that the Packers would go 16-0 this season. Although that is quite the eternally optimistic, light-hearted, tongue and cheek prediction, many prognosticators still believe that the Packers will be a playoff team this January.

In order for these predictions to become a reality, the Packers will need to figure out the right side of their offensive line in order to keep Aaron Rodgers upright and on the field for the entire season.  The left side of the line is in mint condition being lead by David Bahktiari and Lane Taylor, with Corey Linsley holding down the fort up the middle at the center position.  The right side of the line is a completely different story altogether that is filled with many question marks.

A lot of these question marks could be answered if Brian Bulaga is ready to go by week 1.  Bulaga’s rehab has not been talked about a great deal which leads me to believe that there is still a chance that we could see him on opening day.  Bulaga is now eight months removed from his ACL injury which means that we should be hearing something soon regarding his rehab and prognosis.

If his chances to start the season are not dashed in the first week of training camp then the outlook will probably be more hopeful that he will be ready for the start of the season.  If this is, in fact, the case, the Packers offense will be ready to fire on all cylinders in week 1 against the Bears as they will have two quality tackles to go along with a dependable left guard and center and could start either Justin McCray or Lucas Patrick at right guard.

However, if Bulaga starts the regular season on the physically unable to perform list, the Packers could be forced to fill the right side of the line by committee which could hamper their offense for the first half of the season.  The Packers would in all likelihood start the season with a rotation of (RG) Justin McCray, (RT) Kyle Murphy, and Lucas Patrick (Sub at either position).  If any of these three players were injured or were not productive, the Packers could give Jason Spriggs another shot to earn a spot in the rotation before turning to Byron Bell, Kofi Amichia, or Cole Madison.

No matter which of these rotational combinations that you favor,  it cannot be disputed that the success of the Packers offense and the health of Aaron Rodgers depends on whether Brian Bulaga can start for the Packers on week 1.  If Bulaga is forced to sit out for a prolonged amount of time it will alter what Aaron Rodgers can do in the passing game both in the pocket and on the run.

When healthy, Brian Bulaga’s presence is clearly felt on the field because the Packers have continuously stood by him throughout the many injuries that he has suffered throughout the course of his career.  This trust in Bulaga was again displayed this offseason when the Packers decided not to release him while rehabbing from his torn ACL.  Clearly, the Packers believe that Bulaga will return this season and help the offense flourish by keeping Aaron Rodgers upright in the pocket and on the field for all 16 games.
—————— 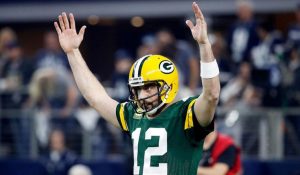