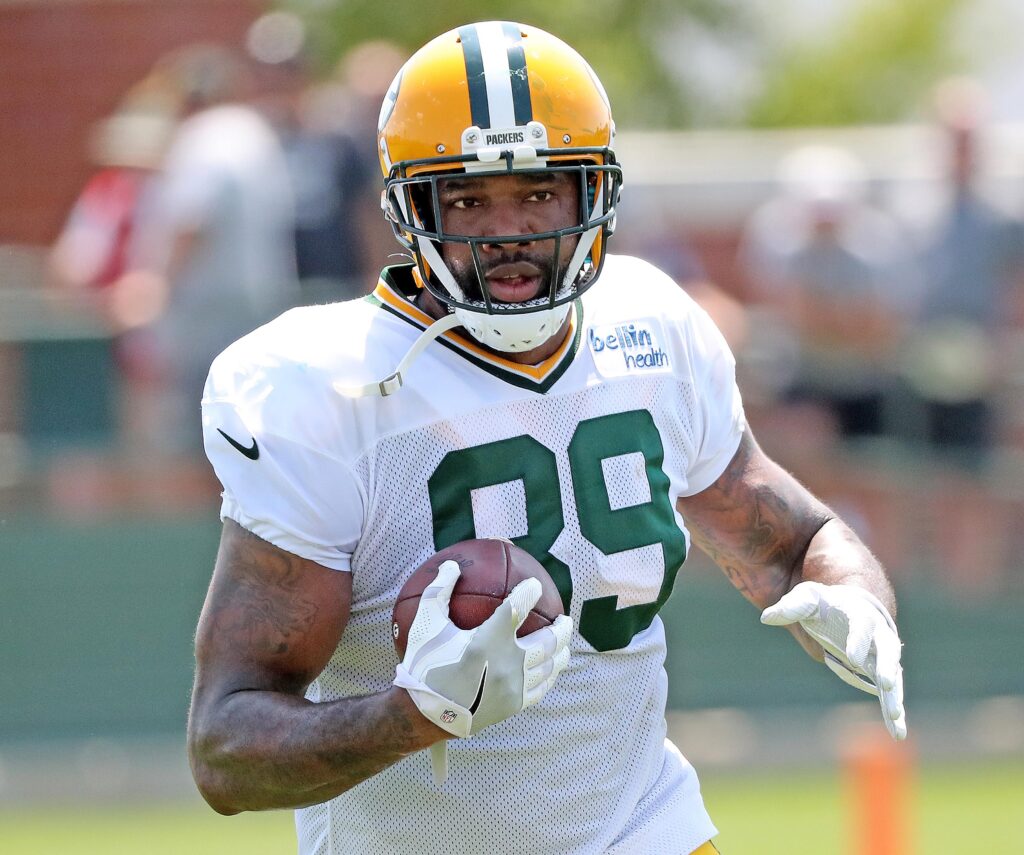 Once again a close eye will be kept on Green Bay’s tight ends come training camp. Jimmy Graham’s cap hit leads the NFL for the 2019 season at $12.6 million. Coming off the year he just had, the 32-year-old tight end will have to pull off something miraculous to justify a larger cap hit than say a Travis Kelce or Greg Olsen. Graham faced a lot of scrutiny for his play in 2018. Frankly, he didn’t move very well and became quite insufficient when he broke his thumb in week 11. Graham is an easy target, however, the same can’t be said for the eldest Green Bay tight end, Marcedes Lewis. Lewis just recently turned 35 but should honestly feel pretty fresh having seen very little action last season. This begs an important question, does he have another year left in him?

Lewis was always a solid player throughout his first 12 seasons but this last season with the Packers was an anomaly. Three receptions for 39 yards were career-lows by a mile. Actually, you will find it difficult to judge Lewis’ play because he was used so sparingly. He averaged about 16 snaps per game in 2018, including special teams. Honestly, there were times you probably forgot Lewis was even on the team.

Was he old or did he just not fit Mike McCarthy’s offense? If age was the biggest factor then it is questionable how he even made the team in the first place.

Sure, Lewis was never Antonio Gates but he also wasn’t a scrub. There were times throughout his career the former Pro-Bowler was one of the best run-blocking tight ends in football. Yet somehow he took fewer snaps as a run-blocker than Graham who is notorious for not being a polished blocker in any fashion. This indicates he was misused and 2018 was not a fair shake.

The Packers resigned Lewis in March so he will have a good shot to rebound from a head scratching year. Matt LaFleur has likely seen a lot of tape from previous seasons which will paint a better picture of what to expect from the veteran.

Green Bay did draft a tight end in the third-round in Jace Sternberger. If Graham and Sternberger are locks then that would mean Lewis would need to beat out Robert Tonyan for the final tight end spot which is more than feasible. It is also possible they keep as many as four tight ends, increasing his odds.

If Lewis does make the 2019 roster, you can safely expect more productivity. LaFleur’s coaching tree suggests he will utilize tight ends more than what Packers fans are used to. Well, at least more than McCarthy. Honestly, Lewis would probably retire before a repeat of the 2018 season.

There’s no disputing his best years are behind him but he can still be a solid contributor by helping Green Bay get back to the playoffs. 2019 is one final shot at redemption for Lewis.

previous post Packers: Red zone offense must be better in 2019
next post Which former Packer could return to Lambeau?
Back to top
mobile desktop