Many people were happy when new head coach Matt LaFleur announced he would retain defensive coordinator Mike Pettine. 2018 was Pettine’s first year in Green Bay, and despite a lack of experience and ability, he got a lot out of a defense that many believed was barren of talent. Fast forward a year later, and with five games remaining, the Packers’ defense has taken a noticeable step back. And so I ask, is Pettine the problem?

In 2018, Pettine’s group finished 18th overall in total defense, 22nd in defending the run and 12th in defending the pass. During the offseason, the front office didn’t sit on their hands like they usually do. General manager Brian Gutekunst knew Aaron Rodgers needed help. So, Gutekunst added two of the top edge rushers in the free-agent class in Za’Darius and Preston Smith. He also helped shore up the secondary with safety Adrian Amos who was undervalued around the league.

And yet, Gutekunst wasn’t quite done. In April, he spent not one, but two first-round draft picks on the defense. In one offseason, it appeared Green Bay’s defense had been completely transformed, however, the results aren’t there.

Of course, it hasn’t been all bad this season. The current defense is much improved in scoring defense, getting after the quarterback, and forcing turnovers. Each of these is extremely important and has helped get this team to an 8-3 record. It can also paint a very misleading picture of how well they are actually doing.

At times this season, the offense has been able to lean on the defense, but Pettine’s group is by no means the Packers’ calling card. Sunday night’s game against the San Francisco was an all too familiar feeling of Green Bay being dominated by a good team in the postseason. While the offense was struggling, the defense had no answer as they gave up 37 points.

So while sacks and turnovers are great, good teams don’t allow much of either. This is something that has caught up to the 2019 defense. If the Packers suffer an early exit in the playoffs, it may be time to find a new defensive coordinator sooner rather than later. 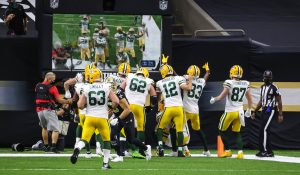 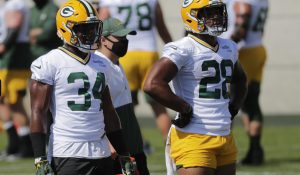 21 thoughts on “Is Mike Pettine the Problem?”