The Packer’s most hated rivals, the Chicago Bears, come to town this weekend fresh off of the bye week to challenge the NFC North Leaders. The weather on Sunday is predicted to be a chilly 27 degrees which will be made miserable with winds expected to be in the 20 MPH zone which will absolutely have an effect on the kicking and passing games respectively.

Looking at the Week 12 opening lines, it looks like the Packers sit as favorites to win as their odds are listed at -320 but as Aaron Rodgers has pointed out already this week, when it comes to Bears-Packers you can throw out the records and expect an competitive game.

Moneyline- Packers Are Favorites at -320

On paper, on film, on pretty much every level of comparison, the Packers are clearly the superior team as an overall unit. Chicago’s defense has come back to earth from their 2018 highs but is still very capable. Akeem Hicks, Khalil Mack, Kyle Fuller, and Eddie Jackson headline the band but they are deep on the defensive side of the ball. Chuck Pagano is the defensive coordinator and has coached for the past 3 years after formerly heading the Indianapolis Colts and definitely has the respect of his team as well as opposing coordinators. If the game on Sunday is competitive, it will have been because of the defense.

On offense, however, this Chicago team is an absolute mess. It sounds like Mitchell Trubisky will be the starter due to Nick Fole’s injury, reclaiming the starting role that he held at the beginning of the season before losing his spot to Foles midgame in Week 3. Even though the quarterback position is the highest-profile and most visible spot on the football field, it’s not really going to matter who starts as the offense is widely considered one of the worst units in the NFL this year. Injuries have hit the offensive line and running back groups as well which were not in great shape, to begin with and a lack of direction from the coaching staff has really hampered the Bears. Allen Robinson is still a terrific wide receiver and that’s about as positive as you can be when it comes to the offense.

Take the Packers and lay them on points as well.

Coming into this game, the Packers have been averaging 30.1 points per game which Chicago is down at 19.1 per game. Accounting for yards per play both expected and actual, the Packers are still considered one of the top 5 offenses in the league so they are always a threat to put up numbers on any given Sunday. However, everything about this particular Sunday screams Under to me.

Even before looking at the weather conditions, this Bears defense is still a very tough team to beat and will not fall apart on its own. Add in the extra motivation from the rivalry game and coming off the bye and they’ll be raring to go. That negates the Packer’s offensive prospects considerably, and even on their best day, this Bear’s offense has shown no signs of being a threat. 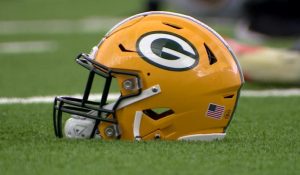 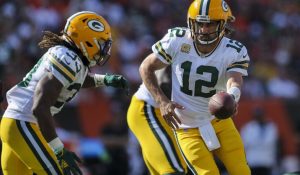 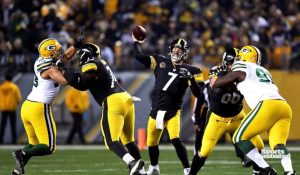