The Green Bay Packers’ future Hall of Fame quarterback Aaron Rodgers is the National Football League Most Valuable Player for the 2020-21 season.

He’s got my vote. He should get yours, too.

Yes, I know. None of us have votes – just play along with me here.

I’ve been wanting to write this post since the midway point of the season, but I’ve been holding off because I didn’t want to jinx it. But anyone who follows me on Twitter knows I’ve been an AR12 for MVP guy for the majority of the year.

Don’t get me wrong, there’s a few other players that have had seasons warranted of earning votes.

Tennesee running back Derrick Henry is the first that comes to mind. He rushed for 2,027 yards this season – the fifth-most in a season all-time. He also had 17 touchdowns and led the league with the most rushes of 20+ yards (16).

I could see Buffalo quarterback Josh Allen and Kansas City quarterback Patrick Mahomes receiving some votes here and there too – and I can understand that. Allen posted 45 total touchdowns and Mahomes had 40 in just 15 games played.

All three of those guys are great players who had great seasons. But come on, what are we doing here if Aaron Rodgers doesn’t win the award? At age 37, he had maybe his best statistical season of his career while leading the Green Bay Packers to the No. 1 seed in the NFC.

Here’s a list of reasons why Rodgers should win the MVP award.

His 2020 numbers are better than both his previous MVP seasons.

Now, let’s take a look at how good Aaron is historically with this season.

Rodgers joined Peyton Manning as the only other quarterback in NFL history to have 45 or more touchdowns in multiple seasons.

There’s only been three seasons in which a quarterback threw for 40+ touchdowns and seven interceptions. All three of which were done by Aaron Rodgers. (2011, 2016, 2020).

He did all of this after the Packers’ organization drafted a quarterback in the first round, and many said he would never be as good as he once was.

If you’ve made it to this point, you get the point.

If Rodgers doesn’t win the award, I will be shocked. However, I’d rather see him host up the Lombardi trophy than the MVP trophy. 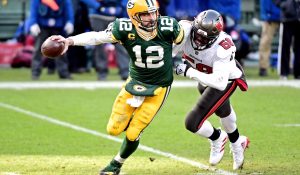 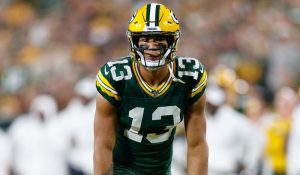 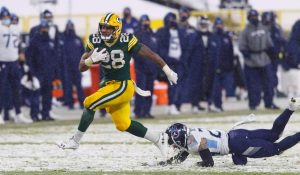 One thought on “Why Packers’ QB Aaron Rodgers is the MVP”