The Green Bay Packers come into the 2021 Draft with a few pressing needs- for me, this list starts and ends with cornerback, offensive line, and interior defensive lineman. However, there are a few positions like wide receiver where you can see how a player with a specific skill set can gain snaps right off the bat and then develop over the course of a few years to gain Aaron Rodgers (or maybe Jordan Love’s???) trust as a regular contributor.

Aaron Rodgers is notoriously demanding of his receivers and any rookies would have a tough time gaining the immediate trust and respect of Rodgers, not because they are necessarily undeserving but because 12’s confidence comes based on time in the system, reps on the practice field, and being unrelentingly curious in teams meets, 1-1s with coaches and mentors, etc. While I do think it is *possible* for a rookie to come in and immediately make an impact ala Justin Jefferson of the Minnesota Vikings or CeeDee Lamb of the Dallas Cowboys, the Packers have consistently been picking towards the end of the draft when those type of blue-chip players rarely fall.

While every Packers fan and their mother knows that Green Bay has not picked a wide receiver in the first round (and rarely do in the first three rounds), you can’t say that Brian Gutenkunst and Co. haven’t taken multiple shots at the position.

It was only 2018 when the Packers took a hard run at the WR position, drafting J’Mon Moore in the 4th round, Marquez Valdes-Scantling in the 5th, and Equanimeous St. Brown in the 6th. Since that draft, however, the Packers haven’t picked a single WR in the draft. They have taken shots on veterans such as Tavon Austin and Devin Funchess, but neither would be classified as an impact player at this point in their career given availability and age.

You throw in the turmoil of the current Cap situation and it doesn’t appear likely that the Packers will be able to pay the $ needed in free agency to fix this issue going into the draft.

So this all sets the stage for the Packers to try and dip back into the wideout well of the NFL draft- who is a realistic target based on what we know the Packers draft for when it comes to wide receivers and who could fit that bill.

From what we know about the wide receivers the Packers have drafted in the Gutenkunst regime, they almost always take their shots on big receivers with a high Relative Athletic Score (RAS) that can contribute both as a receiver and as a blocker, since Matt LaFleur likes to get his receivers involved in the run game. Allen Lazard is most frequently doing this now, but Marquez Valdes-Scantling has also shown he is unafraid to get down and dirty with blocking.

I mentioned RAS and if you are not familiar with it, I would highly recommend checking out https://relativeathleticscores.com/. Essentially it is a formula that takes athletic measurements (height, weight, speed, strength, etc.) and quantifies those qualities based on the historic profiles of players that have been eligible to be drafted. It’s done on a scale of 1-10 with 10 being a unique NFL prospect with rare/elite qualities.

Here is the RAS of the receivers drafted by the Packers since 2018:

Who Fits This Profile In The Draft

Enter Josh Imatorbhebhe of the University of Illinois.

Josh Imatorbhebhe is listed at 6’2″ 220 pounds and his play is very similar to DK Metcalf in terms of 1) how he wins vertically by being bigger strong and faster and winning 50/50 jump balls and 2) one of the biggest knocks against him is his limited route tree based on college film. DK Metcalf was a rare bird so it may not be fair to expect a DK Metcalk kind of start to his career, but that actually fits great with what the Packers need right now.

Here is what Kyle Crabbs of thedraftnetwork.com had to say about Josh-

Illinois wide receiver Josh Imatorbhebhe is one of the most impressive pure athletes at the wide receiver position to enter this year’s draft class. A USC transfer and a former 4-star prospect, Imatorbhebhe offers size, ball skills, and explosiveness on the perimeter. There’s plenty of room for added development with his route-running, but the raw athletic profile and skill set of Imatorbhebhe will make him an enticing investment opportunity in this year’s draft.

Production and playing experience will temper his status as a prospect, but nevertheless, this is exactly the kind of player you’ll gladly take an early Day 3 flyer on in the hopes that you can develop him into what his potential indicates he could be. Imatorbhebhe has above-average vertical speed, but the high point skills to be an absolute terror at the catch point in a vertical passing offense. There’s no certainty he’ll reach that ceiling if he’s unable to further flesh out his game, but he’s got a trump card that should carry him into some level of contribution regardless of how much growth he shows from here.

A tall receiver that has shown a willingness to block in the run game? Check.

Will be available later in the draft when teams can afford to take shots on the athletic upside? Check.

After 2021, all of the wide receivers in Green Bay will not be under contract. We can assume that Russ Ball will be able to figure something out for Davante Adams but the Packers will need some young talent to both fill out the depth chart but also to replace anyone who will be hitting the open market. It is possible that the Packers try to replicate the 2018 and take multiple shots at this position and if they do so, Imatorbhebhe is a lottery ticket worth gambling on (provided at the right price).

On a sidenote- It is disappointing to hear that Josh will not be invited to the 2021 Combine as I think this is where his relative athletic value would really shine, similar to how Donavan People-Jones and Chase Claypool jumped up a lot of big boards last year based off of their combine numbers.

He is set to have his Pro Day on March 17th but I would have loved to see him at the Combine. Hopefully, we’ll all be able to see what he does on a field this preseason but given what the Packers need and how Imatorbhebhe projects, this could be a home run. 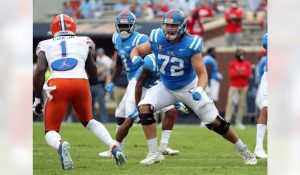 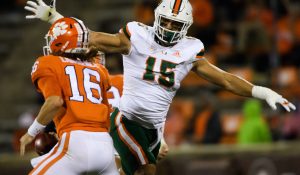 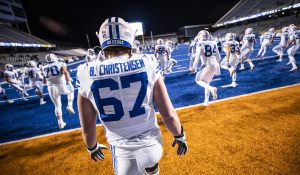 3 thoughts on “Packers Should Take Flier on Josh Imatorbhebhe”