The Packers came into the season with Aaron Rodgers on a mission, a strong offensive line but with a few question marks, according to the rankings of Pro Football Focus, and a decent crew on defense. This meant that many pegged the Green Bay Packers as a top contender from the NFC. As of October 21, the season has been far from straightforward, though, with a shock loss and a tremendous pile of injuries to deal with – even if Rodgers titillated Cheeseheads with his “I own you!” touchdown.

Still, given the team’s performances so far despite the group of key players still frequenting the nurse’s office, if anything, the Packers should be more heavily backed by pundits and feared by NFC rivals. Further injuries forgiving, as this Green Bay roster creeps towards full fitness, even better days could well be ahead.

Clawing Back Favour after a Horrid Start to 2021

Everyone was ready to see the Green Bay Packers kick off 2021 with a solid performance and watching Rodgers essentially outclass New Orleans Saints’ starter, Jameis Winston. Instead, it was the other way around.The Packers greatly lacked offense, the line couldn’t hold up in the trenches, and receivers couldn’t get open downfield. Evidently left fuming, the Packers’ offense came roaring back in Week 2 with their win over the Detroit Lions by 35-17, which went big on the run game to make a point.

Luckily, the Packers aren’t the only Super Bowl contender to suffer an embarrassing defeat en route to the Vince Lombardi Trophy. The Tampa Bay Buccaneers also lost 38-3 to the Saints last season before winning the Super Bowl. Furthermore, 21 teams that have made it to the big stage have done so after losing by 27 or more points during the regular season. However, the Packers are still trying to get back into pundits’ good books, with ESPN ranking them seventh-overall on their list.

Overall, seventh among all NFL teams is one of the lower rankings that you’ll find for the Packers, with several expert platforms ranking them far closer to the top-spot-holding, undefeated Arizona Cardinals. As of October 21, NFL betting site Betway ranked them joint-fifth at +900 to win the Super Bowl – alongside the Cards. Similarly, one of the more favorable sets of power rankings also places the Lambeau Field residents fifth-overall, just behind the Buffalo Bills, despite the superior record, in Sporting News’ estimations on October 20.

The Packers would almost certainly grade higher if not for their complete dismantling in Week 1, even if the result was still a loss. Most impressive is that the first third of the campaign yielded a mighty 5-1 record with several injuries on the books, some of which we’d grade as ‘Season Killers’ if they lasted for most of the campaign. Injuries are still very much a problem, but by the looks of it, the Packers can deal with it, for the most part, and reinforcements in the form of pass rusher Whitney Mercilus will bolster them further.

Strong Numbers Despite the Injuries

From the start of the season through to the Packers’ Injury Report on October 18, there were far too many key injuries to reasonably forecast a near-unbeaten start. At this, stud left tackle David Bakhtiari was preparing to come off of the PUP list, Preston Smith, Josh Myers, and Kevin King were struggling with injury after the battle with the Bears, and All-Pro corner Jaire Alexander had a shoulder injury.

Many others were on the list, too, but the impending return of Bakhtiari to the offensive line would offer a huge boost. Adding in the likes of Marquez Valdes-Scantling, Za’Darius Smith, and Dominique Dafney, and it’s clear to see that Green Bay is in the midst of quite the injury crisis, even as Week 7 was coming around. And then came the news about Davante Adams being added to the Covid inactive list. What a disaster.

Regardless, they’ve been reeling in the wins, with the credit greatly going to the leaders on the field who can pull it out of the bag in the closest of contests, as they did against the San Francisco 49ers. Naturally, the Triple-A offensive trio of Aaron Rodgers, Aaron Jones, and Davante Adams has been the driving force, but it also took a defiant comeback from Mason Crosby to finally put one up after five missed field-goals against the Cincinnati Bengals.

There’s a tough slate to come, with the likes of the Arizona Cardinals, Kansas City Chiefs, Los Angeles Rams, Baltimore Ravens, and Cleveland Browns still to come. However, as the Packers get healthier, hoping that there aren’t any more major long-term injuries, the team should only become stronger. 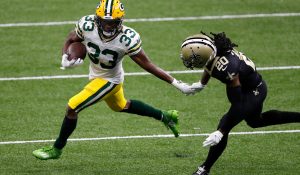 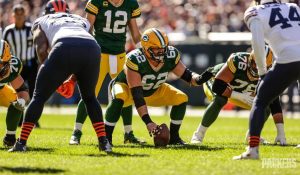 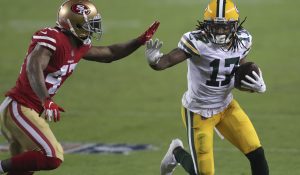 One thought on “Best is Yet to Come from the Packers, Injuries Forgiving”