With the Packers 2021 season nearing the playoffs, it’s time to determine the team’s superlatives. Instead of the traditional awards, I’m going to select my winners for the great Athletic NFL podcast’s categories.

I had hoped going into the season that one of MVS or Allen Lazard would pull off this award, but neither really made the leap. Rashan Gary sure as hell did.

Gary has 9.5 sacks so far, but that doesn’t tell the whole story. He’s second in the league with 76 pressures and his pass-rushing productivity and pass-rush win rate advanced stats are both top 3. Gary has matured from a two gapping 5-tech in college to possibly the best bull rusher in the league.

Most fans will acknowledge that he needs to working keeping contain against running QBs, but for now the team can put him on the other side and let him wreak havoc in the playoffs.

Over the last two weeks, the Packers have started a third string UDFA at left tackle, second string 6th round pick at left guard, second string UDFA at center, rookie 4th round pick at right guard, and a street free agent signed in July at left tackle. They haven’t allowed a sack and have allowed just two pressures. That should be enough of an argument for this section.

No unit has suffered the amount of hits as Stenavich’s this year, and it has just kept chugging along. It’s true that there have been some run blocking issues at times and that having a QB who has mastered the quick game helps, but there’s no question that he has done an amazing job. Don’t be surprised if he’s a coordinator and then head coach sooner than later.

WTF Moment of the Year: The Saints Game

There’s nothing like a 38-3 murder to start the year off right. In this game the Packers couldn’t rush or pass on offense and couldn’t top the run or pass on defense.

The Saints came out with a masterful gameplan on defense. The played press coverage with two deep safeties and got pressure with four. The Packers expected a lot of blitzing and one-high coverage. By the time they figured out what was going on, the game script was too far gone to run the Saints out of two-high.

The defense was just bad. The Packers couldn’t cover or tackle and the d-line got pushed yards off the ball on every play.

Thankfully, neither side of the ball has looked anything like that first week since.

I’m not entirely sure how this section is different than breakout, so we’ll keep it quick. Njiman went from an unknown whose QB couldn’t even pronounce his name to a stalwart blindside protector this season.

He’s always had the athletic ability and now he’s paired it with technique and consistency. Don’t be surprised if he is the starting right tackle next year after cap casualty season is over.

Aaron Rodgers is the obvious answer here, so we’ll go with Dillon to make it interesting. Dillon has become the type of power back that you build an offense around.

He always falls forward and almost never goes down with just one hit. So many of his carries this year have turned a potential one-yard loss into a first down with sheer force of will.

Game of the Year: Rams

The Rams were the premier team in the NFC at the time and the Packers were coming off two losses in three weeks before this game. The team could’ve laid down and limped into the bye week, instead the offense exploded, and the defense started Matt Stafford’s descent into turnover hell.

Rodgers had over 300 yards and 2 touchdowns and AJ Dillon added another 69 on the ground. Rashan Gary and Kenny Clark both had sacks and the defense forced two turnovers from Stafford. Winning that game was the difference to allow the Packers to get the 1 seed in the playoffs. 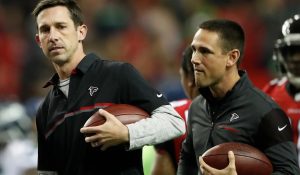 One thought on “Packers 2021 Season Superlatives”