The second season is upon us! It is playoff time Green Bay as the Packers host the San Francisco 49ers. The road to the Super Bowl in the NFC goes through Lambeau Field. This is a rematch from the week 3 matchup earlier in the season when Aaron Rodgers lead the team down the field leading the way to a Mason Crosby game winning field goal. Aaron Rodgers has not beaten the 49ers in the playoffs and 3rd straight trip to the NFC Championship Game is on the line when the teams meet tonight. Our game preview will get you ready for the matchup.

Come playoff time, one of the most important factors is generating pressure on the quarterback and both of these defenses can do that. The 49ers pass rush has taken over in the second half of the season, generating pressure and controlling the game. The Packers must kept the pocket clean and give Rodgers time to find his open receivers. The run game will be huge as well to slow the 49ers pass rush down. The Packers will be getting linebackers Whitney Mercilus and Za’Darius Smith back from the injured reserve, which is huge. This will give them more pass rushers and should make this defense even better. I believe that the the team that gets pressure on the quarterback the most will win this game.

I will keep this one short because what else can I say. I bring this one up every week. The Packers are home and when they generate more than 1 turnover they are undefeated at Lambeau. Rasul Douglas is usually the one that has been making the interceptions. They will need to come up with a turnover or two to provide Rodgers with an extra position. Turnovers are crucial to a teams success in the playoffs. Simply put, create a turnover and your chances to advance to the NFC Championship Game improve.

The 49ers run game presents a lot of challenges. They are physical, fast and do a lot of pre-snap motions to confuse the defense. When Deebo Samuel is in the backfield the Packers are going to have to set the edge and control thier lanes to he is not running loose. He is very explosive and could potentially give the Packers defense fits. The Packers are going to have to be patient and disciplined in their assignments to the control the 49ers run game. If the 49ers do not run wild and the Packers can control their run game, it will be very difficult for the 49ers to win this game. The defense has to step up today.

The Packers are at home. I am very confident in the team when they play at Lambeau. This will not be an easy task and Rodgers has not beaten the 49ers in the playoffs in his career. If the Packers are going to achieve their goals, the time is now for Rodgers to come out on top. The defense will be key here in stopping the 49ers run game and generate pressure. The offense will have to start fast and control the clock. I am thinking that this will be a very close game until the defense generates a late turnover late in the game to turn the tide in the Packers favor. I do see the Packers advancing to their third straight NFC Championship Game. 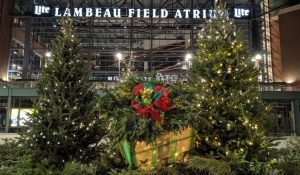