Drafted number 12 overall in the 2019 draft, Rashan Gary was considered a “project” pick. Gary was immensely talented and highly regarded for his skill set. It was clear, however, that he was still very raw. Many doubted that he warranted being selected that early. Coming off injuries that affected his playing time at Michigan, it was known the true impact of Gary’s potential would not be felt in Green Bay for some time. That time has come. Rashan Gary is ready to lead this defense in Green Bay.

Throughout the first two seasons of his career, Gary started just four games. There were glimpses of excellence in 2020, teasing his emergence. Finishing with his five sacks and 11 QB hits on the season, there was evidence something was there.

2021 was a breakout year for the 24-year-old. Gary’s 9.5 sacks on the season ranked top among Packers pass rushers. His 28 QB hits and 81 QB pressures ranked seventh and second respectively around the NFL.

Most recently, Gary shined bright in the snowy defensive battle of the NFC Divisional Round matchup with the 49ers. With four solo tackles, two sacks, three tackles for loss, and three QB hits, the third-year linebacker was nothing short of spectacular. Had the ending of the game been different, Gary’s 4th and 1 tackle behind the line of scrimmage late in the fourth quarter would have gone down in Packers’ lore.

According to former outside linebackers coach Mike Smith, “he hasn’t even scratched the surface of how good this kid’s gonna be.”

Heading into the 2022 season, Rashan Gary will undoubtedly be looked towards in taking a leadership role on this team. Potential departures of fellow outside linebackers Preston Smith and or Za’Darius Smith could see Gary as the senior statesman in the linebackers’ room.

Confidence and humility are both abundant with the 2019 first-round pick. In the post-season press conference, Gary spoke about himself and his teammates moving forward in a strong statement, “Everybody, look at your tape. Be critical. What are you going to do that’s going to put this team over the edge? That’s the challenge that everyone’s taking.”

The Packers are going to be leaning on the Michigan product to be a force as a pass rusher and run stopper in 2022 and beyond. It appears he is more than willing to take on that role and to be a leader. We could very well be witnessing the development of an upcoming top pass rusher in the league. 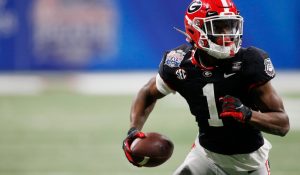 George Pickens: The Next Great Packers Second Round Wide Receiver? 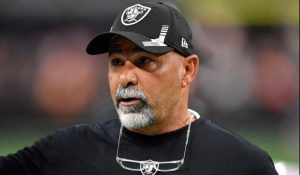 Rich Bisaccia Hire a Good Start, Not a Solution