Green Bay Packers starting TE Robert Tonyan still hasn’t returned to the field for offseason activities. After tearing his ACL during the week 8 win over the Arizona Cardinals in October, it makes sense that the earliest we’d see him back would be around July or August. We are currently sitting in that time frame, and despite the Packers calling him “ahead of schedule” on his recovery, still no Tonyan.

When Will Tonyan Return?

There seems to be a fair chance that he is being saved for a return in training camp, but that is yet to be seen. At this point in the offseason all we can do is speculate (and I’ll be doing quite a bit of that). Reports have indicated that he may be ready to go by week one of the 2022 NFL season, but I have my doubts. The Packers have been extremely conservative when it comes to getting players back on the field after injury, so limited snaps in week one sounds like a best case scenario. The most likely scenario seems to be Tonyan being placed on the “physically unable to perform” list and returning at around the week 7 mark.

So if Tonyan ends up on the PUP list, what happens? Ideally, since the Packers have already lost the best pass catcher in the league to the Raiders, they’d find a fill-in for Tonyan who can catch passes. I’ve witnessed plenty of discourse unfold about a temporary replacement for Tonyan — and honestly — that’s probably unlikely to happen.

Who Fills the Void?

The guys left on the tight end market are either old, underwhelming, or not a fit for the Packers current needs. There doesn’t seem to be any worthy fill-in for Robert Tonyan. The headliners of the current free agent tight end market would be Blake Jarwin, Eric Ebron, 35-year-old Jimmy Graham, 35-year-old Jared Cook, and 32-year-old Kyle Rudolph.

The best fit for the Packers — accounting for age — out of that list would probably be Eric Ebron, and that just doesn’t seem like a likely deal for a multitude of reasons including price points, prior interest in players, and prior roster management with injured players. The Packers would be most likely to sign someone that no one’s ever heard of who they may be okay with cutting once the time comes mid-season, and depending on training camp they may still do this anyway.

The Packers remaining tight ends after Tonyan aren’t exactly elite pass catchers, which is why this discourse exists, but I think they’ll be trusted to fill in for the meantime. Marcedes Lewis, who may just be one of the best blocking tight ends in football, isn’t as fast and agile in his routes as he once was. Josiah Deguara seems to be more of an H-back tight end, with a little more blocking prowess than pass catching. That leaves Tyler Davis, who is mostly an unknown, but the front office seems to like what they have in him. As far as pass catching, the group seems fairly average, but it will have to do.

At worst, these three tight ends will have to fill a void for a chunk of the season while Tonyan finishes recovering from his injury. At best Tonyan will be good to go by week one. Ultimately, the route the Packers have taken before and will likely to continue with here is the “next man up” mentality. No one knows when Tonyan will return to action, but we have a pretty good idea of who’s filling his shoes if he takes a while. 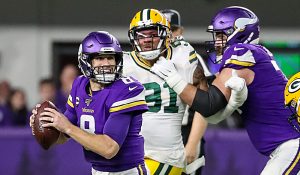 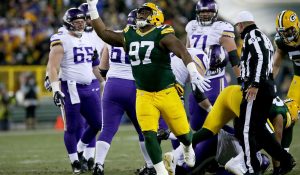