The Redskins offense isn’t the same when Robert Griffin III cannot do what he wants as a scampering quarterback. If the Packers can get a decent lead, that takes away from Griffin’s ability to utilize his great play-action game as well. If Jermichael Finley can hold on to the ball, he will abuse these linebackers. Judging from what Philly did on the ground last week, Eddie Lacy could be in store for a huge game.

The Packers are going to come out with a huge chip on their shoulder, led by the one residing on Aaron Rodgers. Despite giving up goo gobs of yards in the loss to the 49ers, they played toe to toe with the “big boys” in the NFC and nearly came away with a win. The Redskins will feel the brunt of their frustration today. Expect Capers to attack RGIII because he is still not the pre-injury version of RGIII. The running game looks to build from last week. 1-1 is in the Packers future.

The Redskins are coming off of a short week, with a QB that isn’t confident in his knee and the defense went through what looked like one of the most exhausting experiences of their professional careers.  The Packers are coming off of a game that they feel like they played well enough to win, and I think feel slighted that no one felt like they had chance.  Morgan Burnett looks like he will be returning and that’s huge for the defense.  I think the defense blitzes the hell out of RGIII and the Redskin defense is no match for the Rodgers and Lacy show.

The Packers have been very good at home the last three seasons under quarterback Aaron Rodgers losing only two games in that time frame. After a disappointing loss last week the crowd will be juiced and ready to see their team at home for the first time since January when they defeated the Minnesota Vikings. Look for Eddie Lacy to break the 100 yard total running the ball, and for Aaron Rodgers to exploit the Redskins below average secondary with his plethora of weapons. Ultimately the Packers should be able to ring up plenty of points, and the defense will improve this week getting more pressure on Robert Griffin III, and the Packers will send the fans home happy with a convincing win. 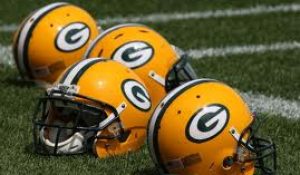