By now, you have heard the remarkable, feel-good, underdog story of the dominant running back from the nation’s largest football program that was taken in the second round of the draft, then lost his way. You know, the guy who let his physical fitness spiral out of control in his third NFL season after two successful ones, the latter of which nearly resulted in him carrying an offense captained by the league’s MVP to the Super Bowl against a dominant defense.

Well, the story’s protagonist, Eddie Lacy, has risen from the depths of his rumored 260 lbs. playing weight at the end of the 2015 season and remade himself as a slimmed down version of an elite level athlete that resembles something like what he has been for the majority of his life.

Certainly, you’ve seen the photo evidence. If not, look up. Camouflage isn’t always that slimming!

If photos of Lacy in loose clothing aren’t enough, there are now media reports from respected journalists that suggest there is more toned muscle hiding beneath the layers of grey.

Let’s assume Lacy reports to Organized Team Activities on May 23 in the best shape of his life. Mike McCarthy will be happy, no doubt, as the likelihood of having Lacy become an every down back once more would increase, as would the possibility of using him multiple ways in order to diversify the offense that sputtered its way to a wildcard berth and second round loss in the 2015-16 playoffs.

Lacy’s frame has never given off the impression of versatile, but with all of the anger a Packers fan and Packers head coach could rightfully harbor for him falling off of the wagon in 2015, Lacy has proven he could diversify his game when he isn’t weighing himself down.

In 2013, his rookie season, Lacy was often replaced on passing downs by fullback John Kuhn, who was the most trustworthy pass blocker on the roster.

A hard lesson was learned. If you can’t protect the franchise quarterback, you can’t see the field in situations that necessitate it.

In 2014, Lacy evolved into an every down player by taking pride in his pass blocking and as a result, saw just a few more opportunities in the passing game. And not just the screen game, which is rightfully romanticized by Packers fans that believed it could be the secret weapon to an already dynamic passing attack.

His targets increased from 44 to 55. He caught only seven more passes but for 170 more yards and four touchdowns as opposed to zero. One of his targets was a bit more memorable

I mean, in what world could you have possibly envisioned this being a pass that a 5’11 235 lbs. running back would ever be in a position to have thrown his way?

Yet he was so close to living out that Moss dream.

Running routes while split out as a receiver is the type of thing that very few running backs ever do and really only Le’Veon Bell makes look effortless.

That’s right, you’re supposed to look something like this if you want to take claim as one of the most versatile players on the field: 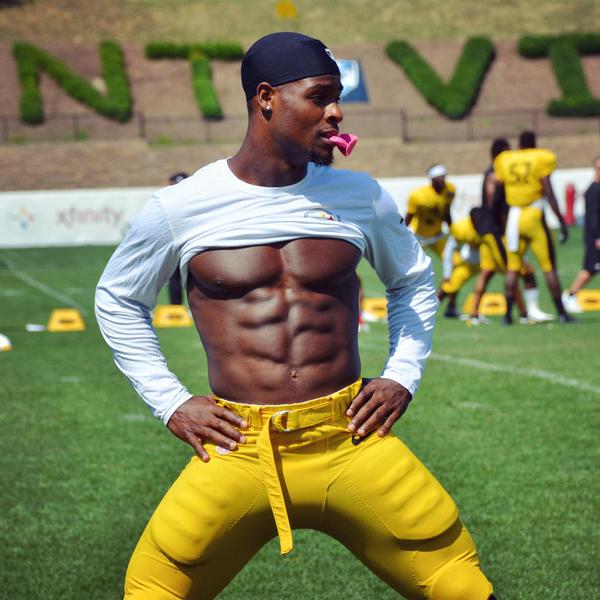 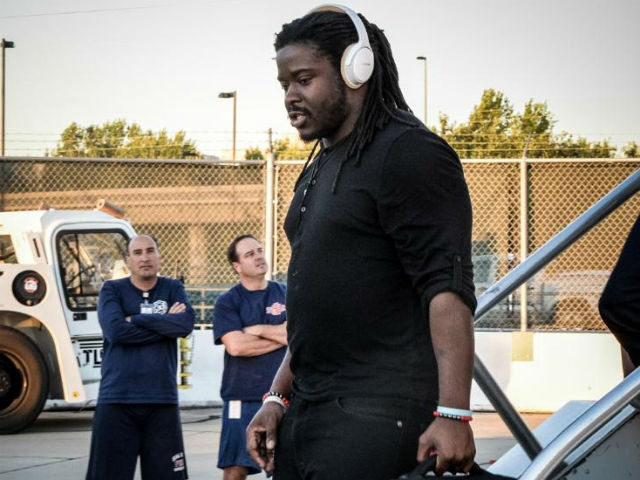 Points for being relatable to the average football fan, though.

So, is it safe to assume that an in shape Lacy could mean adding yet another element to his repertoire, perhaps becoming the player motioning out of the backfield to either create a matchup problem or even earn himself a target? That’s a hard question to answer and a pretty big leap in general. Comparing anyone to the likes of Bell is pretty unfair. He’s just a different athlete. And we don’t know much about Lacy’s route running skills, only of his legendary Moss-like hands.

And he’s a ball carrier first. But you have to wonder if McCarthy’s disappointment in Lacy and unusually harsh demeanor when publicly criticizing him at the conclusion of the season was a result of big plans being foiled by Lacy being even bigger physically. His lack of health and fitness was a detriment to an offense that needed him more than ever, and I don’t think that’s exclusive to the ground game.

There was a period of time in 2014 where it was beyond fair to consider the Packers offense – lacking a trustworthy tight end and featuring an inconsistent Davante Adams behind Jordy Nelson and Randall Cobb – as a two receiver unit with Lacy as the third option.

In 2016, one would hope that isn’t the case. But that doesn’t mean you can’t also hope for Lacy to be every bit as capable, if not more so.

In today’s NFL landscape, the short passing game is the most effective. It’s how you combat the now ferociously pass rush that has carried teams like the Seahawks and Broncos to Super Bowls.

Hell, the check down has won Super Bowls itself, one perfectly placed Tom Brady pass at a time.

So what is the hope for Lacy in 2016? I just want Lacy to be Hulk again, spinning off of and running through tacklers. Then add a dash of Deion Lewis to the mix. That shouldn’t be too difficult considering that you could count on one hand the number of backs that fall into that category. Just be one of those elite dudes, Eddie!

But let’s not forget that Lacy is in a contract year and entering his prime earning years at a position with the shortest shelf life and highest pain threshold which usually slams the door quickly on a third or fourth pay day.

So in many ways, he has no choice but to be as productive as ever.

Imagine that. A once elite, well-compensated professional athlete returning to become an even more elite and even higher earning athlete. Now that would be a feel good (and look good) story for all involved.