As soon as the news broke of Jimmy Garrapolo’s 5 year $127,000,000 contract, speculation has ensued regarding the imminent contract extension of Aaron Rodgers. This has created some angst amongst Packers fans ab the implications of such a gawdy contact, will have on the Packers’ ability to field a team that will be able to compete for the Super Bowl. This has led some to suggest Rodgers should take less than his true market value in order to provide the Packers’ more resources.

Let’s get that out of the way; He will not be taking any sort of a discount. Not a bit and nor should he. Tom Brady is the only example in recent history of a Quarterback signing a contract that is less than market value, and like Rodgers himself pointed out, Brady is married to Gisele Bundchen who Forbes estimated in 2014 as making $47,000,000 per year. And Brady has leveraged his superstar status by creating the TB 12 brand, which includes a sports therapy center used by many Patriots and other athletes.

While the Garrapolo contract sheds some light on the Quarterback market, the real test will be Kirk Cousins, who is the first highly coveted quarterback to hit the open market since Peyton Manning in 2012. The salary cap has increased from $121M to $185M, Peyton Manning at that time was better than Cousins ever will be, though he was much older and had major health concerns. There are several teams that will be in the running for him, and with an abundance of cap space. This will allow teams to front load cap hits much like Garrapolo who has a $37M this year before dropping to $20M in 2019. They did this by giving much of the upfront money by way of a roster bonus instead of a signing bonus. This also allows them to cut him after a few years, without any significant dead money that would eat into cap space for future years.

What this all means is that Cousins, being in a bidding situation, figures to get a contract of at least $30M and thus Rodgers will surely want and get more than that. $32M-$33M per year at this point doesn’t seem out of the question. Keep in mind he is under contract the next two years for $21M each year. The makes him effectively under the Packers control for up to four years with franchise tags, offering them with some leverage. What else it does is that it will allow them to extend and lessen the cap hit in the first couple of years, which they need as the Packers do not have an abundance of space at this time. They rank 23rd in space with $17M according to overthecap.com. If they cut the collective cap hit of Cobb, Nelson and Matthews in half, they would rank in the middle in terms of cap space.

Let’s assume that the Rodgers contract is $33M per year. That is a significant cap hit for sure. And no, Russ Ball cant magically make that go away or lessen the effect. That would be 18% of the cap as of this year. But tends to be forgotten, is that every team has to deal with this. The only way around such a scenario is if you can catch lightning in a bottle and draft a quarterback that can be a top-level quarterback within a couple of years, such as the Seahawks with Russell Wilson and most recently the Eagles with Carson Wentz. Those cases are rare and if you are going to play that game you are risking many years of agony. For every Russell Wison, you have three Geno Smiths or Blaine Gabbart. And the Seahawks will likely be spending over $30M per year on Russell Wilson in the next couples years are will. There is no substitute of a long-term solution at the games most important position. David Carr earns $25M per year and Matt Stafford earns $27M per year. Rodgers is surely worth $10M plus more than they are. Quarterbacks have by far the most influence on the outcome of any game and in reality, they are underpaid relative to other positions.

The Packers and their fans need to come to grips with the reality that is Rodgers having a contract of over $30M. Does this mean fewer resources to be spent on other positions? Of course it does, but its better than the alternative and does not mean they cant field a team that can compete for the Super Bowl. It just means they have a little more judicious about spending money on re-signing players and focus on mid-level free agents to fill in their roster holes, year to year. Oh, and having early round draft picks that come through at a higher rate than they have the past few years is important too. 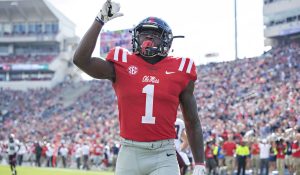 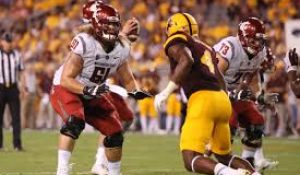